Asian Americans get into the business of board games.

We can't seem to shake off nerd stereotypes that paint Asian Americans as pimple-faced youths with Coke-bottle glasses, extensive dental gear and a penchant for engaging in three-day-long Risk battles.

Today, these “nerds” have rebranded themselves “game enthusiasts” and instead of living in their parents’ basements, these Asian Americans are changing the board game world in both the cult and mainstream scenes, turn by turn.

Such is the case for Satish Pillalamarri, who proved at a young age that he understood the elements of a well-played turn: sacrificing a bishop to keep his rook, building a hospitality empire on Boardwalk and keeping his spy hidden in Stratego. He also learned that board games bring people together.

“I taught my mom [chess] because I wanted someone to play with,” Pillalamarri, 31, says.

While Pillalamarri’s childhood love of board games like chess and Monopoly is hardly unique, he inherited his knack for entrepreneurship from his father. Now the co-president of Maryland-based North Star Games, Pillalamarri and his business partner Dominic Crapuchettes have launched two successful lines of board games: Wits & Wagers and Say Anything. Both are fast-paced group games where all players act simultaneously, guessing numerical values to questions for the former and predicting players’ answers for the latter.

The former Jeopardy! contestant ventured into board game development in 2003 as an MBA student at the University of Maryland; North Star would officially go into business later that year. Unlike the strategy games he played as a child, North Star focuses on developing and delivering socially engaging games that are easy to learn and quick to play.

“None of our games have turns because waiting for turns is the boring part of a game,” Pillalamarri says. “Most times, people can't put their finger on why this experience is more fun.” Notably, North Star board games never eliminate players.
Pillalamarri isn’t the only game fanatic turned designer. Wei-Hwa Huang, 34, is a four-time winner of the World Puzzle Championship. The designer describes his evolution from a puzzle tester to mastermind as a natural “growth of a person, where they transition from a consumer to a critic to a creator.”

Much like Pillalamarri, Huang believes that “a good game is one that is fun. Period.” But constructing a fun game can at times be, well, puzzling.

“As a game designer, you often have to make trade-off decisions — which is better, a game that most players are OK with playing or a game that a few players really, really like but everyone else hates?” Huang says.

Though he resides in Silicon Valley, Huang spent many of his formative years in Taiwan, where, he says, board games are cheaply produced and often imitated. There, Huang learned an important lesson: “Ideas are cheap, easy for others to steal and hard to really protect.” Perhaps that’s why Huang’s first multiplayer board game is still under tight wraps — he doesn’t want any overseas bootlegs.

Though Uehara, 33, focuses on educational digital games, he has also helped create two board games: Conveyor Belt Deathmatch (where players angle to bump each other off a conveyor belt) and Elephant in the Relationship, a more serious game about any kind of relationship. “People aren't always clear and upfront,”  Uehara says. Through a combination of word restrictions and Mad Libs, a player must get their partner to guess the unknown topic.

Considering the strides that each of these Asian American board game designers are making, it looks as though we’ve turned a nerdy stigma into a cool and profitable professional calling. Now get ready to pass “Go.”

Steve Cha is a freelance writer based in Los Angeles. His last article was about Japanese maid cafes in the United States. 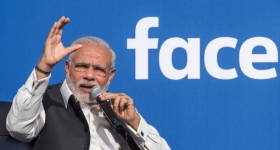 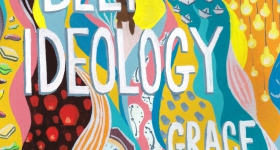