Editor's Note: The Way We Were

Far East Movement is one of 2010’s hottest music acts, but we took the hip-hop quartet on a G6 back in time to reminisce about their beginnings and photographed them for The Throwback Issue.

Music writer Nicki Sun caught up with the guys in FM while they were on tour in New York. She talked to them about where their name came from and how growing up in multicultural Los Angeles influenced their music. And, photographer Colin Brennan and art director Ursula Liang and their crew got some great shots of Far East Movement for the cover and our interview. Farming is one of the most enduring professions and the changing marketplace is leading some farmers to sell their fruits and vegetables the old-fashioned way: directly to consumers. Food Editor Nina Kahori Fallenbaum surveys how some Asian American farmers are using old techniques and applying them in this age of organic produce and eating locally sourced food.

The Internet is making print media look so 20th century. But zines— those underground, under the radar publications created in someone’s kitchen — are experiencing a renaissance in the digital age. Managing Editor Lisa Wong Macabasco talks to Asian American zine publishers who are sticking to their dead-tree ways.

In Film, Books Editor Cathlin Goulding previews To Whom It May Concern: Ka Shen’s Journey, a documentary that traces the career of actress Nancy Kwan and the 50th anniversary of her breakout role in The World of Suzie Wong.

If you’ve been out of high school for a while, thinking about those days always evokes a little nostalgia. If you missed your prom or it was a night to forget, our Recipe gives you the ingredients for a reset on a drive down memory lane.

Before taking that trip, take a look at some of the other offerings in this issue, including our Books, Music and Front of the Book sections, and our feature about Asian Americans who undergo plastic surgery, not to look white but to enhance their ethnic identity.

This is Hyphen’s 22nd edition and like our zine brethren, we’re still printing away but adapting to tell the evolving story of Asian America. 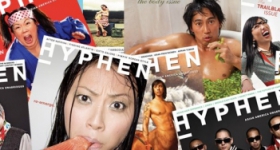 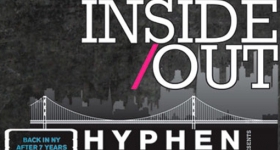