How to use a Chinese finger trap in multiple survival situations.

WHAT YOU NEED
• Chinese Finger Trap, natch
• A Situation

The Chinese finger trap dates back to the early 6th century BC when Lao Tzu, under attack by alien rebels, used the device to confuse and subdue these outer-worldly invaders.* While some scholars doubt this history of the Chinese finger trap, one fact remains true: It is as useful today as it was then in getting one out of sticky situations.

To Trap a Criminal
Many people rely on less ancient forms of security when protecting their home — a security system or a dog, for example. But it is a little known fact that, to a criminal, a Chinese finger trap is like kryptonite. Leave one out and you’ll find yourself with a befuddled would-be thief trapped at your dining room table, struggling to free his sticky fingers.

To Not Lose the One You Love (Even if He or She Doesn’t Love You Back)
They say that if you really, REALLY love someone, you need to set them free. That’s just not the case. You must keep them close at all times. In some states, this is considered “stalking” and grounds for a “restraining order,” but in Lao Tzu’s time, it was a typical courtship ritual. Stick your reluctant love’s finger in one end of the trap and yours in the other; then, watch love blossom!

To Work Out an Argument
If we’ve learned anything from Dr. Phil, it’s that the best way to end arguments is to lock arguing couples in a room together with clubs and nunchucks. For a less bloody solution, Lao Tzu would simply attach his dueling soldiers together with a finger trap and have them channel their anger into pulling against each other. The first person to lose a finger was the loser and, thus, the argument was solved.

To Escape from a Tower
Here’s a fun fact absent from Lao Tzu’s Wikipedia page: He pioneered the use of bedsheets to escape from some lofty predicaments. Instead of using less reliable knots like the double-fisted monkey or the seaman’s constipation, the philosopher used the finger trap to ensure the perfect tension to lower him to safety.

*Alternatively, according to the Interwebs, the Chinese finger trap was invented by Joseph D’Antoni from Queens, New York. 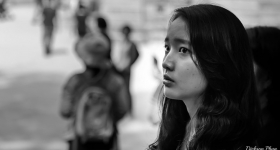