Letters to the Editor

Comments and feedback from our readers

Thank you, many times over, for shedding light on the work being done by contemporary Asian American poets.

There is a thriving Asian American poetry community that exists, largely in part to the work of landmark organizations like Kundiman. There are also several sharply curated Asian American publications: The American Literary Review, Kartika Review and Tayo Magazine, to name a few. Both in my own writing life and in my editorial work at Lantern Review, I’m constantly amazed at the vitality of the scene.

The range of voices, styles and viewpoints is incredibly vast in “Asian American poetry” — but that same messiness is also a large part of what makes celebrating it so wonderful. These “con-verse-ations” are not just timely, they are necessary.

Sikhs and Turbans: An Identity under Wraps, Issue 24

I am a Sikh who has always had a turban. I married a Sikh and have two Sikh children. We love our religion and love our country. 9/11 was horrible for the families who lost loved ones and for Sikh men who wear turbans and are mistaken for Muslims. The terrorists are accomplishing what they wanted when Americans are fighting themselves. On that day, it was the first time in my 47 years that I was made to feel that I didn’t belong here. Americans should come together and rebuild this great country emotionally, spiritually, and economically.

This was a very moving piece. I truly feel like I have learned something and connected with a culture.

My only quibble was with the part of the essay that talked about how media and society brand all people wearing turbans as “the enemy.” That’s an overly broad generalization. A handful of people’s extremist actions should not be used as a benchmark.

College Admissions: The Hard Part Is Getting In, Issue 23

I love the mention of small liberal arts colleges. I currently attend a school that does things similar to what was described in the story: It holds multicultural visit weekends. I’m also majoring in sociology.

Moral of the story: Asian Americans should stop dreaming the narrow, oftentimes unrealistic dream of attending an Ivy League and being a doctor. They should explore a liberal arts education and do what makes them happy.

I attended Yale at a time when the acceptance rate was around 20%; it has now dropped to below 10%. I would never actively discourage my students from applying to an Ivy League school, but I would ask them to take an honest look at their achievements and to consider their friends who did not gain admission. Minority status isn’t enough to stand out. Just getting a 4.0 is no longer enough. The smartest thing to do is to exhaust the academic offerings of your school, and then move on to taking courses at your local college. You could argue that is a costly choice to make, but so is the Ivy League.

The problems that Asian Americans are having are reminiscent of the problems Jews had earlier in the 20th century when Ivy League universities had enrollment quotas. If these universities did blind admissions, then a substantial number of the admitted would probably be Asian.

What I would like to see is: 1) an increase in the class size of these universities, and 2) an expansion in the category of elite schools. Mere admittance to an Ivy League school does not guarantee success. This country has many fine universities; Asian Americans would do well (as suggested in the article) to take advantage of these schools, which might be more welcoming anyway.

I don’t know whether there is truth behind these traditions, but I thought this article was beautifully written. The idea of writing about old traditions is wonderful because it helps us stay connected to our roots.

I’m happy for the positive developments in Ms. Wong’s life, but I’m sorry to see Hyphen giving credence to the culture of fat-hate that spawns shows like The Biggest Loser.

Letters have been edited for length and clarity. 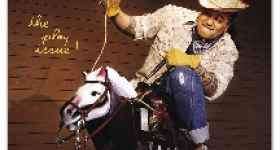