For Sheila who wants to learn to play

The bottom end’s a little shallowand you might need to shim the bridgeto hush the fifth-fret buzz. The action’s lowand the neck, a tad warped, but I swear,this thing sings. For ten years,I’ve accompanied lovers, convicts, and childrenwith this guitar, bought it with my lasthundred bucks, fifty more perhapsthan it was worth that day.I just wanted to touch nylon again,to play the way my Uncle Eli used to,‘til cancer mugged him for his lungs. He sang, Sheila,and the guitar did too. And that kind of singingwas like eleven acres of sky to a nine-year-old kidterrified of a 50 mile-per-hour hard ball.The summer my father came backfrom burying his mother in the Philippines,he told my brother and me, the two oblongboxes he pulled off the luggage conveyorwere ours. Once home, we pried the cardboardapart, tearing the packing tapeand snapping the industrial staplesloose with our bare hands. I ran my fingersslow around the slick soundhole edge.I stuck my nose into the strings to smellthe jackfruit wood stewing insideand when I pulled my face away,the instrument made its first silken hum.I don’t know if you believe in timethe way I do, but when history touches usit’s like hearing a skinny uncle singwith a cigarette dangling from his lipswithout one note of misery in his dying,and the guitar he’s holding is yours.You might not understand the words sailingpast you, but one day, years later,  on a drive backto Rockland maybe, where an old womanscolded you as a child or kissed the small bonesof your shoulders, you may find yourselfsinging, out of nowhere, that tune. I mean to say,I never thanked my father for that first guitar.I smashed it in a tantrum against my heeland didn’t own another until this one.I should warn you, every guitar has its ghosts,and they’ll ask you whom you love and how much.As for learning. your hands are going to achea little while, but one day, when the chords come easy,the guitar will whisper to you some old secret.Whisper back. The most beautiful intervals are ancientand imperfect. They will teach you to lovesomething so deep, you will wantnothing better than to give it all away

Tell me about this poem and where it comes from.
Sheila, a friend of mine, mentioned in passing that she wanted to learn to play guitar. So I gave her one.

I come from a family of musicians and music teachers. I also have an impractical impulse to give things away — books especially. I've given guitars away on several occasions. I'm by no means rich but I wonder if we, as a culture, care enough about our amateurs. Wendell Berry points out that the word “amateur” in French means “one who loves.” By encouraging amateurs, we are making, hopefully, not just players but audiences who have a greater appreciation for how interwoven mastery and play are with one another.

Music seems to be really important in your third collection of poems, Boneshepherds, released last year. Could you speak about your relationship to music?
One of my earliest musical memories is sitting at our new piano in the living room and figuring out harmonic and melodic triads. I didn't know what they were called at the time, and it wasn't exactly music. But god, I remember being completely sucked in by how two or more notes could sound together. I must have been 8 or so.

I was a weird kid. I didn't look like anyone in my Hungarian/black/Puerto Rican neighborhood. I liked sports but wasn't great at them. My folks were always screaming at each other. I already liked picking fights around my block. My brothers and I are five years apart, so we didn't really play much together. In short, I knew what loneliness was like when I was very young. But there was always music in our house: My dad often played Clementi’s sonatinas and Philippine folk songs on the piano; my brother had Led Zeppelin and Stevie Wonder on vinyl and played guitar; my mom sang my little brother to sleep; and by the time I was 12, there was Kurtis Blow and Afrika Bambaataa on the corner. Music made more sense to me than all the rage and sadness of my childhood.

Music was a way for me to be so deeply immersed in the real world that the real world’s chaos finally made some sense — even if just for a little while. Frost called poetry “a temporary stay against confusion.” Music was that for me. Still is.

You spent some time in the Philippines on a Fulbright scholarship. What led you to apply and how did that experience contribute to this collection?
With war raging in Iraq, it felt urgent to ask about my own personal legacies of violence as the son of Filipino immigrants, as an American. The US and the Philippines are intrinsically linked when we consider the impulse and consequences of violence. America’s foreign military initiatives are rooted in its war with the Philippines at the turn of the century. It’s daunting and energizing to consider the violence we read about (or don’t read about) in history might be connected to my own rage, which is my father’s rage and brothers’ rage.

You’ve got experience as both a so-called academic poet, who writes for the page, and a stage poet, who writes with the intent to perform. How do you reconcile the two?
Much of my work comes from disparate sources and unlikely collisions. I think it’s hard, sometimes, for people to hear the voice of the poem. When I perform, they get it. In performance, I draw on the traditions of the diskurso [a tradition in the Philippines where people tell stories to an audience], the dozens [the African American verbal joust of witty insults], the pulpit, the literary reading. And I hope the confluence of traditions — the remix, if you will — engages something deeply human in the audience that elicits laughter, thought, rage, wonderment. Both writing and performing require craft and skill. And the way I see it, craft really is just a way into wonderment. 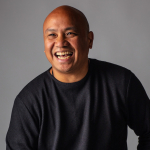 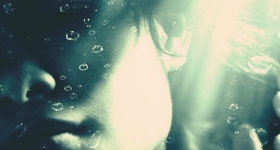 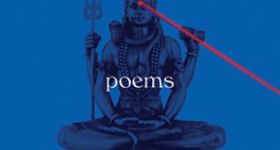 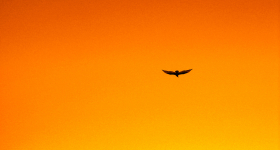