Online Exclusive: A Reading of “Alma, 1942” and Q&A with Poet Brynn Saito

Brynn Saito is the author of poetry collection The Palace of Contemplating Departure, winner of the Benjamin Saltman Award and forthcoming from Red Hen Press in March 2013.  Her poem, “Alma, 1942” is featured in Hyphen Issue 26. We asked her to record a reading of her poem, and then talked to her a little bit about the poem, her forthcoming book, and her thoughts on the direction of Asian American poetry.

Tell me a little bit about what (or who) inspired this poem. Was this based upon an actual experience you had as the invisible "you"?

This poem arrived at one of the oddest moments. I was in a hostel in Seville and I couldn't sleep because of the pressing summer heat. I didn't want to turn on the light and disturb my roommate, so I started writing in the dark. When one is writing in the dark, there's a sense of urgency that keeps the pen moving across the page sightlessly. It's wonderful. There's also an inability to do the thing which can hinder the flow: compulsively re-read every word, tending to the lines like a tireless gardener. I wrote until a story I heard as a child spilled itself sideways across the unlit pages, the story of my Japanese American grandmother, Alma, lying about her race in order to avoid harassment during the war years (before her and my grandfather were eventually interned in Arizona). I recorded the story as it came to me then, in that airless pensione. Then, I wrote: "You never have to lie to survive," as if my tiny, sturdy, white-haired grandmother were standing above me, saying those exact words. "So what will you do with your freedom?"

I imagine that the "you" in this poem is a journalist or historian of some sort, someone trying to pin down the truth of an experience that belongs to somebody else. Is there a commentary being made about the gap between what is experienced and what can be recorded? Do you think about these issues as a writer?

Yes, very much so. In particular, I'm interested in what can be known or recorded about an experience that remains unspoken, unarticulated by the ones who lay claim to it. My father's parents never talked about the internment, which was (and is) common among many in that generation. They died years ago. The late poet and essayist, Adrienne Rich, has written about the "wilderness of silence" that can place itself between generations of families and societies, especially when it comes to remembering historical trauma. I'm interested in exploring that silence, as a writer and poet -- its effects, its legacies. If the silence spoke, what would it say? When the memory of Alma telling me that tiny bit of her lived experience as a Japanese American woman in 1942 surfaced in my mind in a hostel in southern Spain -- of all places -- it occurred to me, on a very somatic level, that Faulkner was right: The past is never dead. It's not even past.

You have a book coming out in few months. What were some of the driving forces behind your first collection, and where do you see yourself moving artistically from here?

The book is very much a collection -- a collective -- of voices and poems, gathered up from nearly ten years of writing. The title, The Palace of Contemplating Departure, captures the general thread woven throughout: It's a book about departures. I was doing a lot of leaving during that time: leaving my hometown, leaving New York, leaving relationships, shuttling between different American cityscapes, searching, living, dreaming. I sense that may always be the case with me -- I love a life full of motion. But, I also sense that I'm moving, as an artist, in the direction of a more focused kind of writing, rooted in some of the themes which appear in the first book. The "wilderness of silence" is beginning to speak. I've been recording audio files of interviews with the Nisei generation, as well as the stories of my living Korean American grandmother, Marilyn Oh, whose narrative is unique and complicated and a testament to the resiliency of the women in her generation. I want to see what comes of these recordings -- what new threads and imaginings, what new lines of inquiry.

The current world of Asian American poets and poetry is an incredibly rich, playful, serious, experimental, honor-filled, rebellious, vibrant, and thriving landscape. Some of that thriving can be attributed to the sense of community fostered by Kundiman, an organization devoted to the cultivation of Asian American poetry, and wonderful places like the Asian American Writers' Workshop in NYC and Kearny Street Workshop in San Francisco. When I entered the Kundiman community as a retreat fellow, years ago, I immediately felt I was home, which says a lot, considering I'm obsessed with "departures."  People there weren't asking: "How can I get published?" although that was a concern for all of us, of course. The question at the center of the Kundiman community was: How can we uplift one another, as poets? In my experience, it's been this sense of uplift -- sharing resources, sharing work, reveling in each other's successes -- that has cultivated the vibrancy of the Asian American poetry scene, and will continue to sustain it.

Who are some of your biggest influences, and what are you reading now?

Jack Gilbert, for his unabashed loving; Kimiko Hahn, for her raw, strong heart; Louise Gluck, for her questions like knives; Ishmael Reed, for reminding me that writing is fighting; Rilke and Rumi, for their big-spirited searching. So many more! On the bedside table, I've got Adrienne Rich's Notebooks on Politics and Poetry, Jonathan Franzen's Freedom, Tina Chang's breathtaking new collection, Of Gods and Strangers, and many, many issues of The New Yorker. 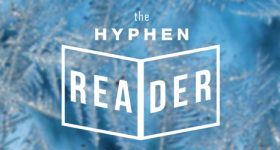 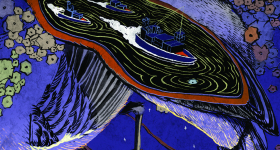