Based on some of Lai’s own experiences as a Vietnam War refugee who was resettled in Alabama, the novel is composed of short poems from Ha’s perspective. They detail her first year in Alabama, illuminating facets of the recently desegregated American South during the 1970s, as well as capturing the difficulty of being a new immigrant in a very foreign place.

We asked Lai to tell us about three things from the South that surface in her novel.

As a child growing up in Vietnam, what you know about American culture is that it’s full of cowboys. America is where cowboys reigned supreme — they ride around on horses and shoot each other. In the same way American kids saw me as this war-torn child running down the street naked, I had my preconceived notions of them as being blood-thirsty cowboys in a wild country.

All of the spaghetti Westerns — The Good, the Bad and the Ugly; For a Few Dollars More — I grew up memorizing without understanding English. I totally invented the character of our immigrant sponsor [required for entering refugees] as a cowboy. In my mind, he was wearing Wrangler jeans, one of those button-down shirts with shiny buttons and a cowboy hat. He was the tallest, biggest, buffest man I’d ever seen.

Ha’s family comes from a culture where everything is fresh. In Vietnam,
you go to the market and shop for every meal. You would have bought
and killed the chicken within the hour or it would spoil. Fresh meat tastes
completely different: It’s tighter and has a sweet taste to it. That’s what we
were used to.

Ha and her family come to Alabama and The Cowboy presents them
with a beautiful, great-smelling bucket of chicken. On the outside it’s crispy
and lovely. Then they bite into it and it’s mealy and salty. Salt and oil carry
the flavor, not the chicken itself. The chicken itself tastes like bread soaked
in water — almost like disintegrated meat. The chicken has been killed who
knows how long ago and put in the freezer. By the time you defrost it, the
molecular makeup of the meat has been altered so much it can be tasted
on the tongue.

Landscaped gardens in Alabama have these flowers that I now know are
called hydrangeas. I remember being so utterly enchanted. The whole
cluster would be the size of my face. It was that big. I remember walking
home from school up to some person’s driveway. I would just stand there
and stare at the hydrangea bush — at this huge blue cluster of flowers.

They didn’t have hydrangeas in Vietnam. Until this day, every time I
see a blue hydrangea, I think back to Alabama, of that first moment of
discovering it. 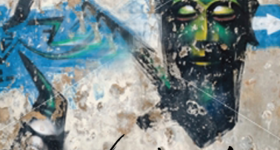 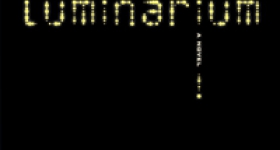