The Internet is a powerful and complicated place. It still embodies its early utopic vision of a borderless world where information is infinitely disseminated and there is unimaginable potential to connect with anything — as anyone. This is a world where we can only “Like,” “Share” and “Follow,” and we know “unfriending” can have great social impact. By now, for much of the First World, using the Internet is a required part of daily life. So, if we are there every day, for large chunks at a time, then why is the cyberworld still considered so separate from the physical world?

Actions in this virtual world are changing social customs and behaviors in our material one. The immediacy and accessibility of the Internet alone makes us now available 24/7. A tag in the wrong Facebook photo can affect your relationship, or even your job.

Billions of users commingle in this borderless space.

With the vast expansion of users settling into an already crowded Web 2.0-world, cyberhate and violence are profuse. Twitter-hate campaigns and innumerable acts of social violence permeate our many feeds, inboxes and media sources. In 2013, British feminist, activist and journalist Caroline Criado-Perez led a successful campaign to bring the image of Jane Austen to the £10 bill. Criado-Perez used myriad forms of online technology to achieve this very real feminist feat, but quickly found that the same media tools she used for victory would be employed to attack her. She received more than 50 rape-based and violent threats an hour via Twitter and other social media. The same online media forms employed by activists to creatively speak and act out are simultaneously used to rampantly reinforce explicit rape culture, racism and sexism. Like our physical world, cyberspace is a contradictory one. This is because our online world is built by its users. So what does this space suggest about those who’ve built it?

Last December, it was hard to ignore the social media frenzy surrounding pop phenom Lorde and her boyfriend, photographer James Lowe. Lowe’s family is of Chinese descent, and the couple, both from New Zealand, found themselves under attack by devotees of boy band One Direction and pop singer Justin Bieber. Lorde, whose fame rose to the top of the charts with her hit single “Royals” earlier in 2013, allegedly called her fellow celebrities “ugly.” This is a cautionary tale: DO NOT MESS with Beliebers or One Direction fans. They unleashed wrath in defense of their beloved idols’ honor, from behind fortified social media walls.

Among other things, the comments were racist and cruel. They directly targeted Lowe’s ethnicity and gave him a personalized primer of racialized stereotypes typically slung at Asians and Asian Americans. On Twitter, @craicdaddyniall posted:

“damn lorde is a lucky girl i bet her boyfriend gives her free manicures and pedicures.”

In this Twitter-blitz, fans were the first line of defense — and attack. Lorde’s vicious social media initiation into pop-celebrity is not surprising or unusual in today’s Internet culture. Granted, significant social media attention begets publicity. I vaguely knew of Lorde before social media scandalmongering latched onto her love life and looks, specifically the sexist finger pointing that she looks “old.” Once the racist attacks against her BF began, Lorde’s situation swiftly became a celebrity avatar for anti-racist and -sexist agendas. Writing of all varieties, hashtags, memes, other virtual ephemera and dialog emerged in defense of the singer. Heck, I even bought her album.

A callout culture’s tactics are potent, as they give a voice to those who are systemically marginalized. But public platform, coupled with the anonymity of the Internet, is a powerful incentive, inviting users to act more “freely” than they might in person. Online, women are significantly called out and fiercely put in check. Miley Cyrus knows this from the slew of clashing “open letters” from other celebrities to non-celebs and public shaming that emerged in the aftermath of her controversial performance with Robin Thicke at the MTV Video Awards and her provocative “Wrecking Ball” video. Callout culture’s co-optation is often enacted through the practice of publicly shaming an individual, while ignoring the broader systems of power that make this callout possible.

Celebrities Aren’t the Only Targets

On Jan. 26, Chancellor Phyllis Wise of the University of Illinois, Urbana-Champaign, faced the Twitter firing squad when she did not close campus for the predicted severe cold front.

Thousands of tweets, many of which were blatantly racist, were hashtagged #FuckPhyllis:

“Phyllis Wise is the Kim Jong Un of chancellors #fuckphyllis”

“Asians and women aren’t responsible for their actions #FuckPhyllis”

Attacks against Wise were both racist and sexist, pointing to the explicit and vitriolic ways that women are trolled and assaulted online.

Students attempted to put Wise “in her place,” regardless of her official public and institutional rank, simply because Wise didn’t agree with them.

They didn’t get their way.

How the students chose to respond, despite valid safety concerns about the weather, reveals an exercise in embedded social privilege and power against Wise. The students’ outcry was not a convincing airing of grievance, but an attempt to put Wise in her social place. Wise’s race and gender were used to devalue and delegitimize her official high-ranking authority through the student’s perceived collective social authority. The way Wise was “called out” points to women of color’s deemed lack of social worth in the physical world — even those who hold prestigious positions of power  —  that is reinforced, confirmed and reiterated in the virtual world.

Say It to My Face

No one is asked to contend online with the proverbial “say it to my face” in the way they might offline.

Twitter deflects responsibility by offering a system of user-to-user surveillance. Part of Twitter’s Abusive User form is a warning: “If someone means you harm, removing the Tweets does not make the issue go away.” It’s better to just call the authorities. In the Twittersphere, the burden of safety and regulation is on the users. And most often, the victims.

If our digital present is one where victims are responsible for their own safety, and restitution or blatant expressions of hate are tolerated as “just part of the Web,” then perhaps the utopic vision of the separate digital space that relies on care, generosity and community has failed. The Web and “the real world” are often put at odds with one another. And yet, so many of us visit the digital world daily to facilitate most of our everyday activities. And for more of us, it is becoming a necessity.

The digital world is the first place I go when I am bored but should be working. I spend hours there shopping for just the right shoes or trying to win an eBay auction. I have been saved from missing far too many birthdays with overnight shipping paid for late at night. It is where I do my taxes and my personal banking. I binge on Netflix. I download music. I read e-books. I’ve looked on the Internet for love. It’s where I have lost it.

And I do all these things in the physical world, too.

Digital space is not free from, nor is it a separate reflection of, our physical world. It is a powerful and parallel world, where we reach into digital space from our homes, cars and offices.

If we are building this world, then don’t we have a stake in what it will be?

On Sept. 16, 2013, there was the racist and xenophobic Twitter attack on Nina Davuluri, the first Indian American to be named Miss America. Davuluri was barely crowned before Americans tweeted their hate.

Around the same time, @wnfraser tweeted:

References to 9/11 and words like “terrorist,” “patriotism” and “Muslim” flooded the Miss America hashtag (#MissAmerica):

“This is miss America not miss terrorist #getoffthescreen #USA.”

The backlash toward the newly crowned Miss America revealed a post-9/11 collective white anxiety. These were not insults. These formed an assault. The backlash also demonstrated the continual and relentless post-9/11 public crusade to parse out the “unpatriotic.” These racist tweeters reinforced the post-9/11 profiling of South Asians and Muslims led by the US government’s “war on terror.” Hateful speech is a violent act that has real effects on the person it is directed toward, even if you can simply delete the post, unfriend someone or turn your computer off. Words voiced online, if enacted with the same collective force in the physical world, could easily be deemed a hate rally or crime in its truest definition. This is more than an ad hoc exchange between the digital and “real” world.

The Revolution Will Still Be Tweeted

Gangs have historically used their own visual languages, often in the form of graffiti, to demarcate territory or send coded messages about gang activity on walls and public surfaces. Twitter’s character constraints makes a Twitter feed an apt agent for a tagged wall in the world. Only here, there are millions of viewers and walls that can be marked with one strategic hashtag. This is an unsettling thought when considering how fast a tweet or post spreads and produces information, how quickly people can be gathered and how immediately locations can be changed. After all, this is why Twitter appeals to activists and is still the chosen contemporary tool for revolution. The territory of these virtual walls no longer demarcates a neighborhood, but a global map that reaches off the screens and into many streets.

Social media is an adaptable tool with unexpected uses, which is exactly why it’s significant. Twenty-three-year-old organizer Suey Park demonstrated this with her mighty hashtag, #NotYourAsianSidekick, which provided a platform to discuss Asian American feminism. The force of Park’s strategy generated considerable dialogue about race, sexism and feminism across the Internet, demonstrating a great thirst for this sort of space.

But as quickly as one co-opts and remakes digital space, so it happens again. Park who is an alumna of the University of Illinois, Urbana-Champaign, spoke out against #FuckPhyllis calling on allies within the community to flood the racist and sexist hashtag with counter-messages. Unsurprisingly, Park was also targeted and folded into the one-upping that is so common on the Internet.

“Plot twist: Phyllis Wise and @suey_park are the same person. Heck, they all look the same. #fuckphyllis.”

Our evolving social landscape is brimming with those spitting hate and violent sentiment that is increasingly difficult to escape, and exposes the inequities that still exist in our culture. Despite this, there is a common exhaustion of claims that our world is still racist, sexist, violent and oppressive, and social media exasperates this fatigue through the speed in which it disseminates onslaughts of information. And “cleaning up” the Internet also means normalizing a space where those on the fringes are allowed to enact much needed grievance, action and revolution.

The Internet does not just reflect latent racial hierarchies and anxieties, but also produces and reinforces those imbalances. And more and more of us are there every day, participating and creating. Today, most of us cannot just log out or unplug, in the same way we cannot do that to our physical lives. So it makes sense that we stop treating the cyberworld, and everyone in it, as if it were separate from real, when it is the place we go most. How we use these public spaces, even after we log out or don’t participate in the witch hunts, tells us something about the changing shape of our social behavior. There is no clear way to regulate the Internet, but we can hold ourselves accountable and remember that real people and real experiences are connected to the hashtags and avatars that populate our digital world. 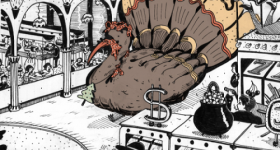 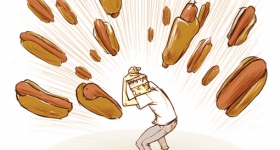 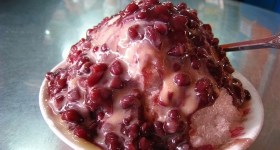