In early 2014, identical twin sisters Samantha and Anaïs began appearing in the news and talk shows. Their story was a fascinating one: Korean twin sisters, adopted into two different families. One of them, Samantha Futerman, grew up in the United States; the other, Anaïs Bordier, grew up in France. Through a series of coincidences and the magic of Facebook and YouTube, they were finally able to reunite in person.

After reconnecting, the sisters decided to turn their journey into a film. So they turned to an increasingly popular funding resource that more Asian American filmmakers are using: Kickstarter.

The sisters raised enough seed money during their first Kickstarter run to start their film, Twinsters. A few months later, they launched another Kickstarter campaign to raise completion funds. Their story attracted the attention of the mainstream media, and gained support from beyond the Asian American community.

The world of film financing is a notoriously tumultuous one, fraught with tales of high-risk, low-reward promises and disappointments. However, in the last few years, crowdfunding avenues have opened up for filmmakers. Online crowdfunding is a relatively new phenomenon, with most of the major companies being founded in 2007 and 2008 like Kickstarter or Indiegogo. Users post their concepts to the websites and viewers are free to contribute money to films that catch their interest. But this isn’t pure donation because the vast majority of crowdfunding sites are designed on a gift basis. So contributions are, in effect, actually purchases for items that the filmmaker has readied to go. These systems have allowed filmmakers to raise funding from the film-going public with little need to court studios or major money players in the film industry.

Crowdfunding has been a boon for filmmakers who are otherwise overlooked or shortchanged by the Hollywood production machine. Documentaries in particular have been classically difficult to fund and distribute, as they are often relegated to arthouse movie theaters or done exclusively for television channels. Most are done on small budgets and have topics that are so niche that bigger film studios rarely risk spending money on something with so little return. Only one documentary, Michael Moore’s Fahrenheit 9/11, has crossed $100 million at the box office; less than twenty documentaries have even cracked $10 million. Thus, in order to find funding, it becomes key for filmmakers to turn to other sources.

“Documentary resources are so small and for Asian Americans, it’s even harder to find funding — but Kickstarter works,” says Debbie Lum, who used Kickstarter to fund her film Seeking Asian Female (2012), a documentary that featured Lum following the relationship between a white man and Chinese woman who met over the internet, and the cultural conflicts that resulted.

Crowdfunding can be successful in engaging specific communities; for example, in 2013, the Veronica Mars Kickstarter that aimed to turn the cult TV series into a feature film  reached its fundraising goal because it appealed to an already established base of fans. Asian American filmmakers also look to the Asian American community to answer their call.

However, depending on the topic, a broader audience and much larger funding base could also be reached. In the case of Christmas Without China (2013), a film about a family attempting to purchase Christmas gifts that have no trace of Chinese manufacturing, filmmakers Alicia Dwyer and Tom Xia turned to Kickstarter and found that their topic also strongly appealed to non-Asian American viewers.

“Asian American backers were a component, but not the whole picture,” Dwyer says.  “Because our film focused on product safety issues, [it] tapped into a more universal interest. There was interest from the Asian American community, but also for ‘Made in the USA' advocates as well.”

But of course, as in the case of Twinsters, many individuals contribute to crowdfunding efforts by filmmakers because they feel a special, more intimate connection with aspects of the film.

“When I first learned about Twinsters raising money for their production back in April 2013, I had to contribute,” says Grace Young, producer of A-Town Boyz who has also used crowdfunding in the past. “For one, Samantha and Anaïs were both born in Busan in 1987, in the same place of birth and year of birth as me  […] [And] being a documentary producer myself, and knowing the challenges of filmmaking, I couldn't not contribute.”

According to Jung, “Things like DVDs, download-to-own movies and other paraphernalia cost money. Filmmakers, especially indie filmmakers, don't always have the resources to make these offers.” Crowdsourcing “requires a great deal of administrative effort and it's best when there are sponsors ready to back up the filmmakers with products.”

Dwyer echoes the administrative hassle that Jung describes. When asked what the toughest aspect of crowdfunding was, Dwyer said: “[D]oing everything on your own! I’ll never forget the scene of me individually labeling stamps and sitting in the post office lobby with wailing babies, trying to put stamps on each individual package.”

While crowdfunding evens out the playing field by making funding accessible to everyone, it is not immune to the influence of fame. High-profile celebrities have taken to the scene, wielding their star power to attract larger contributions from fans. “Given their fame and the resources they have to give away more coveted "prizes […]how can the smaller, unknown indie filmmakers compete?” asks Jung.

In addition to the brainpower and time commitment required to gain more financial backers, some filmmakers, like Lum, balk at the thought of having to share excerpts from their film before they are completed: “Too many people are now looking at your work before it’s ready, and may try take it down before it’s done.”

Similarly, the pressure to deliver a film that meets backers’ expectations can be daunting and stressful. New filmmakers are particularly susceptible to the common crowdfunding cold: overpromising and underdelivering. Lacking a base network of supporters or the ability to manage projects past the planning stages, Kickstarter projects have been known to collapse and disappear before a product has been finished.

Reaching out to a specific community through choice of topic runs the risk of neglecting other potential audiences. A film must delicately balance a topic that is universal enough to gain wide attention and funding, but narrow enough in scope to hold the interest of a core supportive community, and veering too far away from an experience like the one Lum presents in Seeking Asian Female can alienate Asian Americans.

According to a 2012 VentureBeat article, when all film and video projects, including documentary and narrative projects, are taken into account, they only succeed about 51 percent of the time. These projects often only become successful due to contributions from family members with deep pockets or last-minute acquisitions of sponsorships such as product-placement partnerships. And so at present, it is still difficult to gauge the overall effectiveness of crowdsourcing. 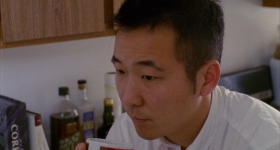 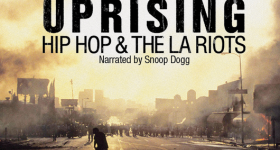