Back in 1998, an Olympia, WA band called ICU launched a dynamic album that defied categories. Produced by Calvin Johnson, Chotto Matte A Moment melded pop with jazz with lo-fi rock with dance. The result was a breakbeat-fueled electronic cocktail that was at once ethereal, exotic and strangely danceable.

Since then, bassist Aaron Hartman has left the band and the remaining two members, Kento Oiwa and Michiko Swiggs, are now known as IQU. They’ve collaborated with Miranda July, released a remix EP and moved to Seattle. Hyphen caught up with them in San Francisco as they promoted their new long-awaited release, Sun Q.

How did living in Olympia affect how the band made music?

Michiko Swiggs: Well, rent was cheap so it was just easy to make music and not do too much else… I actually stopped working completely the last year I was there (to focus on music).

Kento Oiwa: When we lived in Olympia there was so much creative energy.

MS: There were so many other bands that came out from Olympia at that time.

What other bands were those?

MS: Dub Narcotic and Unwound. There were just so many bands.

So what made you pick up and move from Olympia to Seattle?

MS: I was graduating from college, but [Kento] had already graduated a year before me. We were both in Olympia to go to school.

What did you go to school for?

MS: I went to study electronic music production and synthesis as well as experimental animation. Our (Kento and I) first project working together was a five-minute stop motion animation film I made my junior year. I asked him if he would do the soundtrack for me, and that is how we started (working together).

How old were you when you knew you wanted to be a musician?

So you didn’t know you wanted to be musicians? Was it something that just happened?

KO: No, no, no. My first recital was actually when I was five years old. I played “Mac the Knife” on the organ with a drummer.

MS: I mean I took piano lessons growing up, but I never thought about being in a band until [Kento] asked me to. [To KO:] But you always wanted to be in a band, right? Isn’t that why you moved from Japan to the States?

KO: Yeah, just like my teenage dream of moving to America and playing in a band or whatever. I used to talk about it with my buddies in junior high, but I’m the only one who actually did it. (Laughs.)

When Aaron Hartman left in 1999 how did that affect the way you made music?

MS: It changed a lot actually… The writing style changed. With Aaron we would always sit, practice and write songs, like a rock band. Then when it was just Kento and I, we would record stuff just using our computers at home and the process just became totally different.

KO: [Our music] became a lot more composed… You can tell when you listen to our first albums—they were a lot more dreamy and trippy.

MS: We spent so much more time on Sun Q than any of the other albums.

KO: The new record and the band itself, became more than just music, you know? It’s about the relationship between us, our lives and everything that is involved with our music.

MS: We made time to develop things together and by ourselves. It’s just a more personal record.

What were your musical influences when you were younger?

Kinda. Just music that you listened to when you were younger and can still hear in your music today.

MS: New Order, definitely. That was a big thing for me in my junior high school days. A lot of New Wave stuff.

KO: I really like that early ’90s English stuff like Creation Level and My Bloody Valentine, Ride. It was right before the word “shoe gazer” came out, when that kind of music was still a little hard to find. I was always really into that, the whole Jesus and Mary Chain stuff and all that.

MS: I was more Depeche Mode and Tears For Fears. (Laughs.)

KO: After that, I totally got into a lot of jazz and experimental music.

MS: And now I just pretty much listen to everything.

During the four years between Teenage Dream and Sun Q, did you have other side projects going?

MS: We were DJing and doing some solo stuff.

KO: I did a lot of solo stuff and would come to San Francisco to DJ.

MS: We get to play loft parties and stuff, but not as much as I would like to. I love house parties. We play a lot of art galleries, which are really cool. A lot of alternative kind of shows.

Since there’s only you two in the band, do you ever get on each other’s nerves when you’re touring?

KO: I think we’ve gotten to the point that, yeah, we get on each other’s nerves but it’s almost like…

MS: It almost a sibling kind of thing.

KO: We actually have a third person in the band now.

KO: He has been a good friend of ours for a long time. This past year and half or so we’ve become more like brothers. His band went on hiatus this past year, so naturally we said “Hey, why don’t you play with us?”

But he hasn’t been on tour with you?

KO: The production gets way more involved with the drum kit and everything. So we’re waiting for the right tour.

So what happened when the band had to change its name? There was another band called ICU?

MS: Yeah, Intensive Care Unit. They served us a cease and desist order on stage in New York.

MS: Yeah, on stage. Right when we were about to play CMJ (music festival) and we read it on stage. Who were we playing with that night?

MS: It was hilarious.

Didn’t that piss you off at all?

MS: No, not really. We were kinda annoyed by the whole thing just because they were so lame. They were making such a big stink about it.

How long had IQU been around when they served you the cease and
desist order?

KO: Officially, less than a year, maybe like six months. I think that’s why they were so upset. They were from New Jersey and apparently they were trying to get a gig at this place called Tramps, which was a pretty prominent venue at the time. The booking agent for Tramps had never even heard of ICU (from New Jersey) and then they see us with the same name on the bill.

MS: They called up the venue because they thought they were playing there, and then they realized it wasn’t them and that’s when they got all sour. I think they wanted money or whatever.

KO: I don’t think it was money. I think they just wanted us to change it.

Did you really put up a fight?

Writer and Photographer Ryan Furtado enjoys operating his picture box and scribbling things down in his notebook. He is the founder of Anti-Lectual magazine. 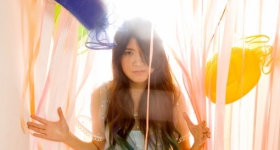 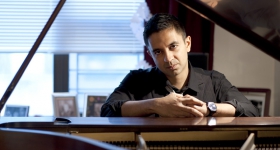 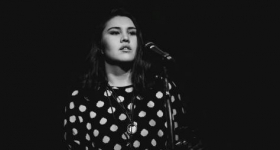