From Wal-Mart to Waffle House, companies litter the business pages with news of racial and gender discrimination cases, but little attention is given to an industry
that serves 90 to 95 percent of businesses: temporary employment agencies.

In the study, an equal number of resumes were emailed representing men and women in five racial categories. Each resume contained comparable skills and qualifications, such as four years of administrative experience and a state university degree. Cover letters expressed interest in an administrative office position.

The American Staffing Association and California Staffing Professionals received a copy of the report but refused to meet with the DRC to discuss its findings, says DRC program manager Siri Thanasombat. Although they do not publicly disclose which companies the study found guilty of discrimination, Thanasombat says state and federal law enforcement agencies have received more detailed information about the temp agencies.

For a copy of the full report, go to drcenter.org.

SOUTH ASIAN? NO JOB FOR YOU!

While some teachers might assume all Asians are proficient in math, whispers of solutions to complex equations do not swarm around in our heads like in the movies. The truth is, some Asian Americans suck at math.

United States fourth and eighth grade math students of all races were consistently outpaced by the top ranked country, Singapore—and by a wide margin—in the International Association for the Evaluation of Educational Achievement’s 2003 Trends in International Mathematics and Science Study released in December.

Asian American and not good at math? Well, studies have shown that it’s not our fault. Performance in math isn’t determined by how bright a student is. Proficiency hinges on having the right curriculum and a good teacher.

To raise overall math scores in the U.S., some American schools are seeking wisdom from Asia. The downside? There are no answers in the back of the book.

Although teachers using the Singapore method must spend more time outside of the classroom on preparation, it seems to be catching on. Two hundred schools across the U.S. have adopted the method—and the textbooks don't need to be translated since they’re already written in English.

Instead of learning by repetition, plugging numbers into formulas and developing calculator skills, Singapore math students focus on visual learning such as mental computation with the help of diagrams, practical exercises and problem solving.

American students have a long way to go in catching up with Singapore students. With its efficient centralized education system and teacher training, and a focus on real-life and in-depth math skills development, it’s no wonder that, compared to them, we suck at math.

On the second day of deer-hunting season, Chai Soua Vang got lost in the woods and set up his tree stand—for aiming and shooting at deer—on private property.

That November day, Vang, a Hmong refugee, shot and killed six hunters and wounded two others. Vang pleaded innocent in Sawyer County Court in Wisconsin claiming the other hunters made racist remarks and fired on him first. The two surviving hunters disputed that claim, saying Vang opened fire after being told to leave the property.

Vang is charged with six counts of murder and three counts of attempted murder. A trial is set for September 12. According to the Milwaukee Journal Sentinel, Vang’s attorneys have considered using his mental health as a possible defense.

There are about 200,000 Hmong residents in the United States. After Hmong soldiers from Laos worked with the U.S. Army during the Vietnam War, the U.S. promised to resettle Hmong refugees, who were persecuted by North Vietnamese and Laotian governments after the war. More than half of the U.S. Hmong population lives in Wisconsin and Minnesota—most of the others live in California—but there are very few in the region where the shooting occurred.

Although the local Hmong community has condemned Vang’s actions, the shootings have exacerbated racial tensions in Wisconsin, where thousands more Hmong refugees arrived last year. Hmong residents have been threatened, and white hunters in the area have been sporting bumper stickers that read: “Save a deer. Kill a Hmong.”

Chikou Xiong, a resident of Eau Claire, WI told the Associated Press, “I’m hearing a lot about how dumb and stupid the Hmong are. I’m so sorry to those families for what has happened. But you have to learn how to forgive. [We] have had to do a lot of that.” —Harris Smith

ONE STATUE, ONE LIFE

This August marks the 60th anniversary of the bombings at Hiroshima and Nagasaki and the 60th birthday of Jan Chozen Bays, a priest at the Great Vow Zen Buddhist monastery in Oregon.

Bays was born on August 9, 1945, the same day as the bombing of Nagasaki. In memory of the more than 270,000 people killed in the attacks, Bays has undertaken the monumental project of making one jizo doll for each victim.

Jizo, a Buddhist figure, is a guardian of travelers, protector of children and aide to the ill. He is viewed as a bodhisattva of lost causes, because in his eternal optimism, he seeks enlightenment for all, and believes there are no lost causes.

The same could also apply to Bays, faced with the task of creating so many dolls in a short period of time. She has enlisted help through her website, jizoforpeace.org. She also encourages participants to send in cloth or paper panels and chains of Jizo figures to be sewn into quilts and banners that will be exhibited at the Nagasaki Peace Museum in the Matsugaemachi district in Japan this August. As of January, Bays has created and received about 107,000 jizos.

When Japanese government and museum officials agreed to display Bays’ jizos as a memorial of the attacks, “They actually began weeping, and said no one had done anything like this, since the bombing,” Bays told Portland newspaper the Oregonian. “They were so moved it made us cry, too.” —Harris Smith

Behind each great man stands a great woman, the old saying goes. Now, it seems that behind many great companies stand great Asian women.

The Wall Street Journal’s recent “Top 50 Women to Watch” list recognized 11 Asian and Asian American women who have achieved notable success in business over the past year.

Andrea Jung, chair of Avon Products Inc., was ranked third in the list of leaders, while Old Navy president Jenny Ming ranked 16 on a list of women in line to move up in the coming years. Jung transformed Avon after taking over as CEO in 1999, expanding its overseas markets and product lines and increasing advertising.

Other Asian women on the list were Xie Qihua, chairwoman of China’s Shanghai Baosteel Group; Indra Nooyi, president and CEO of PepsiCo in India; and Fumiko Hayashi, president of BMW Tokyo.

While only eight CEOs of Fortune 500 companies are women, the number of Asians on the Top 50 list may be a sign of a growing movement of women of color taking control in the boardroom. Twenty percent of all female business owners are women of color, and that group is growing at six times the rate of U.S. businesses, according to a 2004 study by the Center for Women’s Business Research.

WIPING RACISM OFF THE MAP

Community members and officials have reached another milestone in the push to rename streets and landmarks across the United States that have racist names.

After learning of Nigger Jim Hammock Bridge in Hendry County, FL, state Senator Steven A. Geller initiated Bill 444, Abrogating Offensive Place Names. The bill passed unanimously last May and went into effect July 1. Names of places that include racist or religiously intolerant language are now required by the Florida Department of State to be changed. Jap Rock

In Texas, Jefferson County voted in July to rename a local street originally called Jap Road. In December, the Longmont, Colorado City Council voted to rename a street named after Col. John Chivington who led a massacre of 150 Native Americans in 1864. Oregon is struggling to change more than 170 land and water bodies with the word “squaw” in them.

Geller, who said “it is vital to preserve our history and that we not allow political correctness to run wild,” pressed the Florida Legislature and Gov. Jeb Bush to “remove names that are hurtful and offensive to the majority
of Floridians.”

“These are names that are relics of a darker past,” added his legislative assistant John Reid.

While they rid themselves of this history, Floridians are also discovering a new one. Yamato Rock is named after a pineapple farming colony that Jo Sakai founded in northern Boca Raton. Home to the Morikami Museum and Japanese Gardens, the new name came just in time for the colony’s 100th anniversary. —Andrew LaVallee

Are Seattleites getting any action? Despite the gloomy weather—or perhaps because of it—they sure are, according to Sex in Seattle an episodic theater show about four Asian American women living in the rainy city.

The show was created in 2000 when a few friends gathered to commiserate. Although they never watched HBO’s Sex and the City, women getting together to kvetch about relationships seemed universal and they wanted to show an Asian American perspective.

“We wanted to infuse the idea that Asian Americans have love lives and normal lives just like everyone else, which is rarely displayed in mainstream media,” says Serin Ngai, one of the show’s original creators. Ngai and her friends started a production company, SIS Productions, providing opportunities for Asian Americans to produce, write, direct, design and act.

When the first episode opened, the audience consisted mostly of young Asian Americans, but has since grown to attract a more diverse crowd. Sex in Seattle is now the longest-running episodic theater show in Seattle’s history, with each show playing to a packed house and garnering enthusiastic viewer feedback.

Those who have seen the play lauded the innovative storytelling and fresh perspective on relationships. Past episodes have used a game show format with audience participation, and have often used voice-over dialogue and video screens to reveal a character’s inner thoughts and emotions.

As in life, the show’s discussion of love and relationships may not leave you with the warm and fuzzies; rather, the creators encourage reflection and discussion.Previous installments explored interracial relationships, jealousy, generation gap issues, loyalty, honesty and loneliness. Sex in Seattle has had 10 installments with the 11th episode, “Enticing Revelations,” premiering in June 2005. —Gena Kiu

From its inception in 1992, Asian American Renaissance focused on building community through the arts with cabarets, youth workshops and community festivals. Trouble began in 1999 with increasing financial problems, and intensified later as high leadership turnover hobbled the organization’s infrastructure. Without money to pay for programming and staff, the organization lost visibility and participation dwindled. In 2004, the board planned its exit strategy and said its final farewell at a tribute event in October.

Yet there’s still an interest and a need for community arts programs, says poet and former Asian American Renaissance board member Bao Phi. The API population in the Twin Cities is larger than commonly known, with a significant number of Korean adoptees and the largest Hmong community outside of Laos. Without Asian American Renaissance, these various groups have no way to get together through the arts, he asserts. 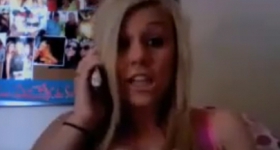