The Wisdom of a Fool

Like the rice pot and black hair, “Bizarre Love Triangle” is one of Asian America's unifying threads.

Of the certainties in life, there are few guaranteed. Death and taxes regularly appear one-two at the top. If you're blessed with Asian genes, tack on a few more: lactose intolerance, flat ass and alcohol-induced red face. And, at some point, you'll be forced to dance in a circle to New Order's “Bizarre Love Triangle.”

Don't know the song? Oh yes, you do. The song follows any combination of Asian Americans, wine coolers and amplified music: a ski club trip, a drunken dorm room soiree, a J-league tournament dance or a KSA winter social after party. Just as “Sweet Georgia Brown” ushers in the Harlem Globetrotters, “Bizarre Love Triangle” beckons Asians to linoleum like a dinner bell calls hungry ranch hands. It's the Asian American anthem; get your damn hands up.

Though the words “Bizarre Love Triangle” never actually appear in the lyrics, the song's speedy 120 BPM Eurodisco tempo is so familiar it should be registered in the public domain. Electronic drums signal the intro before the three-chord synth pours through like a refreshing light rain. Peter Hook's bass anchors the melody with a lazy drag up and down the fretboard. Leading into the break, a keyboard vamp peeks through the clouds like a ray of sunshine.

Layered and vocoded, Bernard Sumner's fey singing ascends levels of vulnerability during the chorus: “Every time I see you falling/ I get down on my knees and pray/ I'm waiting for that final moment/ You'll say the words that I can't say.” So what is it about the song that connects so dear with Asian America? The first person to postulate that “Bizarre Love Triangle” could achieve anthemic status in the community was Pete Hahn.

Under the pseudonym the PH, Hahn wrote a review of the single for Turntablelab, a New York DJ shop. He waxed rhapsodic—pointing out how the track represents “a perfect pop new wave song.” “It's like the Asian "Scenario" or something,” he wrote, in reference to the Tribe Called Quest/Leaders of the New School posse cut. “When [BLT] drops, they get crunk and stab each other with calculators.”

Hahn was 14 when he spent a summer in Seoul with other Korean Americans. They toured the motherland on a bus outfitted with a cassette deck blasting a steady rotation of Erasure, Depeche Mode, Yaz and New Order. “I was instantly drawn to [Bizarre Love Triangle], especially when the keyboard riff kicks in,” he says. “I remember going to the Seoul clubs, "Bizarre Love Triangle" and Snap's "The Power" were like the only songs we knew, so we danced like hell when those came on.

“When Bernard's vocals first kick in, that's exactly how I wish I would sound back then,” Hahn says. “Looking in the mirror, hair gelled and singing some smooth shit to an unspecified hot girl.”

The song's intergenerational appeal reaches far through the work of wedding and special event DJs and the mixtape circuit. When she was 16 years old, Serena Kim saw New Order's 1989 Technique tour at Irvine Meadows in Orange County. Before landing a job at Vibe magazine, where she is currently features editor, she spent years DJing at spots across New York, including Veruka and the Tunnel. She kept a copy of “BLT” in her crate, which came in handy when she spun for an A. Magazine party at Chelsea Piers. “It got the party moving,” she says. “I always bring that record if I'm gonna DJ an Asian party, but never for a black crowd. It's like kryptonite to black people.”

Kim thinks that the song appeals to Asians' inherent emotional nature—often magnified in Korean, Bollywood and Chinese blockbusters—made manifest through sweeping, uplifting keyboards and vocals. “I think it has the melodrama that Asians like in their music,” she says. “Bernard's range isn't too soulful or great, so you could easily sing along to it. And it has the fast Euro-style disco beat that is really fun to dance to. It's got mysterious lyrics like the writing on Korean stationery.”

Chops, AKA Scott Jung, producer, DJ and Mountain Brother, first encountered “Bizarre Love Triangle” through his brother—a new wave fan. “As kids we listened to all kinds of stuff, but he was more in with the crowd that was into that. Like he'd pick up some New Order, I'd pick up some Kool Moe Dee and we'd both listen.” Oddly, Chops prefers “True Faith” to “Bizarre Love Triangle.” He remembers the “True Faith” video where two mimes smack each other in the face to the beat. But when it's time for Asians to act a fool, only one song comes into focus. And when asked for a visual, Chops paints with a broad stroke.

“I picture a DJ putting the song on, and a whole bunch of Asian kids getting crunk like it's Atlanta and they just threw on some Bonecrusher.”

With the help of mobile DJ units, New Order mastered the crossover. During the '80s, it was impossible to go to an Asian party and not hear “freestyle”—the electro-influenced dance music confection made popular by Latin artists like Exposé , Sweet Sensation and Debbie Deb. Freestyle and new wave had a number of common traits, from its reliance on up-tempo programmed beats to teased bangs to an obsession with unrequited love.

For many Asian Americans, freestyle and new wave provided a safe harbor. It wasn't as rebellious as punk or death metal, so as not to bring shame to the family, but offered just the precise mix of melancholy and pre-emo pathos for hormonal pre- and post-pubescents. Producer and DJ Dan “The Automator” Nakamura grew up in the '80s spinning high school parties before a predominantly Asian crowd. He mixed “Bizarre Love Triangle” in with Latin freestyle like “Lookout Weekend” and “Come Go With Me.” New Order, says Nakamura, were Brits but got an honorary Asian pass with “Confusion” and “BLT.” “For whatever reason, almost on a timeless type of level, Latin freestyle has had a bigger impact on Asian community dance party type stuff than almost any other kind of music subsequently or before that,” he says. “I'm not sure why that is, but "Bizarre Love Triangle" falls right into the tempo range and right in the melodic sense that most closely associates itself with what the Asian American community specifically was really into at that time. I feel like the melody of "Bizarre Love Triangle" is very akin to the melodies of the other songs I'm mentioning: Exposé, Debbie Deb, Triniere.”

“Bizarre Love Triangle” came out in 1986, stalled out at #56 on the British pop charts, and appeared on New Order's Brotherhood and subsequent highlight reels Substance and Best Of. In Rolling Stone's “500 Greatest Songs of All Time,” “Bizarre Love Triangle” came in #206. “New Order wrote their moody synth-pop hits in a Manchester rehearsal room next to a cemetery,” goes the story. The song has been covered by the Doves, Jewel, Stabbing Westward, Frente!, Better Than Ezra, Poi Dog Pondering, Days of Fate and more than one opportunistic DJ. It appears in the Karaoke Revolution videogame—combining two Asian passions. As the years go by, the song's popularity only increases.

At the April 2005 show in Oakland, the band received a hero's welcome and upwardly mobile Asian Americans represented hard. Sumner joked that “BLT” was a song about Peter Hook, drummer Stephen Morris and himself but a closer examination of the lyrics finds him creating a redemptive mudra out of unreturned love from an addictive personality. New Order guitarist and keyboardist Phil Cunningham plays “Bizarre Love Triangle” on a nightly basis. It's his job to trigger the programmed beats and tap out the three-note melody that set the masses of black hair to wave and drops of odorless perspiration to pit out a Bebe blouse. When asked to speculate about the effect that “BLT” has on Asians, he diplomatically pooh-poohed any conspiracies.

Music has no boundaries, he says. “You see everyone going bananas,” he corrects. “My job is playing three notes so I get to check out what's going on. It's the track that did it for New Order, what really broke them in America. I think it's a beautiful song.”

“I think new wave and modern rock, especially the kind of songs that New Order recorded, tapped into themes of alienation, loneliness and feeling like outsiders,” says pop culture critic Oliver Wang. “These are all emotions and ideas that Asian American youth, especially in the 1980s, could relate to growing up marginalized in white suburbs.”

To have Asians—long characterized as quiet and meek—holding up a wimpy new wave tune made by pasty Mancunians as its anthem could be viewed as disingenuous. Check other ethnic group anthems: James Weldon Johnson's “Lift Every Voice and Sing” is anointed by the NAACP as the African American National Anthem. Latinos across the United States go nuts when Zapp's “More Bounce to the Ounce” or Malo's “Suavecito” comes on the sound system. White folks hold lighters aloft and get their two-step on when Lynyrd Skynyrd's “Freebird” or Jimmy Buffett's “Margaritaville” signals encore time.

I'm kidding about the last two, sort of, but it depicts the lack of reasoning why certain songs are fitted for different ethnic groups. The rules guiding anthems were tossed out years ago, leading some to postulate that shared experience trumps skin color. “Subcultures borrow from the dominant culture, inflecting and inverting its signs to create a bricolage in which the signs of the dominant culture are "there" and just recognizable as such, but constituting a quite different subversive whole” wrote Martin Stokes, in his acclaimed paper “Ethnicity, Identity and Music: The musical construction of place.”

So what if white post-punks compose the definitive Asian American anthem? Such cross-cultural exchanges follow in the tradition of Maya Lin creating the ultimate veteran's memorial or punk diva Blondie finding her “Rapture” within hip-hop. Ultimately, it's a combination of factors—the hearty tempo, the synthesized vertebrae, the poetic metaphor and Sumner's fey vocal performance—that triggers such intense feelings of fraternity for Asians. Memories of acting a fool at that after party, red faced from Crown Royal, a circle of friends egging them on are acted (and re-enacted) every time that track gets played. Like a hit of sticky icky, the song induces feelings of euphoria and well-being and if that's our shit, so be it. The wisdom of a fool, as Sumner sings, won't set you free.

"Every time I see you falling

say the words that I can't say

I feel fine and I feel good

Whenever I get this way,

I just don't know what to say

Why can't we be ourselves like we were yesterday

I'm not sure what this could mean

I don't think you're what you seem

I do admit to myself

That if I hurt someone else

Then I'll never see just what we're meant to be

Every time I see you falling

You'll say the words that I can't say." 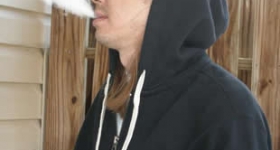 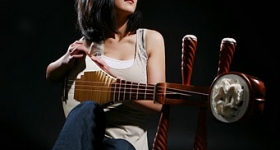