I'm disturbed by the controversy around "Capture an Illegal Immigrant Day".

Organized in January by the University of North Texas chapter of Young Conservatives of Texas (YCT), the game was intended as a protest against laissez faire attitudes around illegal immigration, and a demand for more stringent measures. The game involved a few, white, "illegal immigrants", distinguished by their orange t-shirts reading "illegal immigrant" on the front and "catch me if u can" on the back. Passersby were encouraged -- by bullhorn -- to step up and "capture" an illegal, in game-of-tag style, for a candy bar reward.

Rumor had it that the YCT chapter in Austin was planning a similar demonstration for Texas Independence Day in early March, but cancelled the event under pressure from other student groups. Despite the demonstration being cancelled, hundreds of students gathered around the YCT's non-game-playing table that day to protest and harrass the YCT members manning the table. A mini-furor followed.

A columnist in online magazine HispanicVista called the event a "prima facie use of racial slurs against students of Mexican ancestry” and the university officials who refused to proscribe such activities in the future, "fascists". He contemplated following Malcolm X's example of using "any means necessary" to stop such racist demonstrations in the future. A student leader in Austin was quoted in a Pacific News Service article as saying: “The Young Conservative demonstration ... not only made us analyze issues like immigration but also question campus politics and rules about public protests and free discourse.”

Liberals are questioning rules about public protests and free discourse? Did I just go insane? Welcome to PATRIOT ACT America, y'all, where the inmates are guarding the asylum. Since when does freedom of speech only apply to the left?

This controversy has recalled a similar controversy last year over a YCT demonstration at Southern Methodist University. This demonstration consisted in a cupcake sale to protest campus affirmative action policies, where buyers were charged different prices according to their race. Whites were charged the most, demonstrating that whites were required to show higher qualifications than minorities to get into universities.

The cupcake sale was closed down by school officials, in one of the more hypocritical moments displayed by university administrations recently. Why hypocritical? Because the cupcake sale was a riff on "feminist bake sales", a staple fundraiser in student women's organizations around the country since the days of the women's movement. The feminist bake sale charges men 100% of the price and women 70%, or whatever percent of men's salaries women are averaging for the same work. Popular variations on feminist bake sales include pricing according to the earnings of other groups as well, including racial groups. These racially and gender-based liberal bake sales are never shut down.

The purpose of such demonstrations is exactly that: to demonstrate. These activities recognize that politics consisting in words, speeches and abstract concepts have little power to move people. But give them a small--safe--taste of what the feeling of an inequity is for those who suffer it, and you may be able to arouse their interest, if not their passions. They're intended as small teaching opportunities: moments in which a principle can be taught through direct, if artificial, experience. The feminist bake sale is a small, visceral gesture in the direction of economic equity: today, at this table, those who make less will pay less. The YCT affirmative action bake sale made a small, visceral demonstration of what the protesters feel happens every day on their campus: here at this table, as everywhere else, whites pay more.

The problem with this kind of demonstration is two-fold: first of all, it is intended to engage the feelings, the passions, through experience; it demonstrates not facts, but opinions, feelings. Secondly, there is no arbiter of how people may or may not feel about certain political issues. Creative, visceral demonstrations have traditionally been a tool more of the left. From the Biotic Baking Brigade to Billionaires for Bush, our current local and national political scene is slathered with lefty political pranksters, whose underlying message is serious. But they're making fun of the actions and behaviors of the rich and powerful, something traditionally beneath their targets' notice. The YCT, which attracts members through precisely this snarky brand of prankster activism, is making fun of the poor and underprivileged, essentially kicking our society's most vulnerable while -- or because -- they're down. We feel, in our societally Dudley Dooright kinda way, that this is wrong.

But is it? Isn't saucy for the donkey also saucy for the elephant? If you break all of these demonstrations down into their component opinions they'll come out something like this: 1. feminist bake sale: women and minorities are paid less than white men. They should be paid the same as white men. 2. affirmative action cupcake sale: minorities can get into college on lower qualifications than whites. This should not be. 3. capture an illegal immigrant game: we should be more strict with illegal immigration. Illegal immigrants are a drain on our economy. You may or may not agree with any of the above statements, but would you dispute anyone's right to hold or express any of these opinions?

But you know what? I don't even want to argue about freedom of speech anymore, and I'm tired of having to tell people whose politics I agree with to keep the f-word (fascist) off the airwaves, and stop trying to dog-in-the-manger the First Amendment. What I'd really really like to do is spend some quality time picking apart the enormously complex knot of issues that undocumented immigration consists of. I'd like to talk about how illegal immigrants to Texas aren't just Mexican, but also Asian, Central and South American, Arab, and white. I'd like to talk about how our immigrant communities are terribly conflicted about illegal immigration and its implications for them, socially, economically, and politically. I'd like to point out that the racism inherent in opposition to illegal immigration is hard to root out because it's not on the surface. It's buried under layers of politically legitimate conservative opposition to centralization and the social state. I'd like to talk about how liberals aren't allowed to say that uncontrolled undocumented immigration wouldn't be good for anyone, so we need to be very aware of what policies exactly we support and why.

There are a bunch of things I'd like to talk about that everyone, myself included, could well have used this incident as a springboard to discussing. Instead, we're name-calling and reconsidering freedom of speech. Guess the demonstration worked. 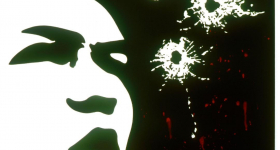 a questioner... wrote on Mon, 03/21/2005 - 3:53pm
OK. you're correct (notice i didn't say 'right') - it is logically inconsistant to demand the right to free speech for positions you advocate, yet deny that same freedom to those you disagree with.on dealing with the immigration issue, maybe we should pick some aspects to address first, then second, then third and work our way down the list.maybe a good summary of the demographics and locations - almost all of the 'illegal immigration' agit-prop uses mexicans and central americans as the 'illustration' (sometime haitians, but they rarely make it in). what are the actual demographics of illegal immigration? hispanic\latino? asian? european? african? other? reframe the discussion so that any veiled racism is brought to the surface - thus taking that out of the argument 'bag of tricks'. this might help us figure out what we are talking about. link people flow to foreign policy.then maybe we can address the disparity in 'access' based on where they are emmigrating from - i.e. cubans get a 'free pass' due to the 'oppressive regime' there, but haitians get told 'go back! no economic refugees allowed!' as if haiti is a garden spot that is just a little down on its luck. albanians - yes; algerians - no. both muslim, but...this sort of thing.i don't recall anyone, liberal or otherwise, arguing that completely open borders would be good or even desirable.next could be the question of where do they 'work' in the economy? how many 'social service resources' do they actually consume?Claire, you seem pretty 'live' on the subject - how 'bout making a list...