BusinessWeek and US News recently ran articles about how TARP and other bills passed by Congress, with their policies severely restricting the hiring of talented, educated foreigners, are forcing these workers back to their home nations. The United States is shooting itself in the foot by preventing talented, educated foreign workers from contributing to America's innovation and to its economy, and allowing these individuals to return to uplift the economies of their home nations instead. The bills by Congress accelerate the brain-drain that has been occurring ever since the United States passed restrictions making it more difficult for the world's best and brightest to study in American universities after 9/11.

The painful truth is that America's R&D has been and is still heavily dependent on the labor of its smart, motivated immigrants. In 2005, a National Science Foundation study found that 59 percent of all American doctoral degrees and 43 percent of all higher-education degrees in engineering and science were given to non-American, temporary residents.

Before last September's financial meltdown, Bill Gates was already in front of Congress last year criticizing our immigration policies, and pleading with lawmakers to stop restricting the hiring of talented foreign workers and to increase the visa cap. His main point was that America's hiring restrictions essentially force the outsourcing of jobs, that top companies are going to continue hiring the best talent wherever they are located, and also implied that a significant portion of this talent is not American.

In a heated exchange while in front of Congress, here is another article about what Gates had to say concerning hiring "C"-level American workers:

One notable exception to the friendly reception, however, came when Rep. Dana Rohrabacher (R-Calif.) used his five allotted minutes to grill Gates on the merits of visa cap increases. "Will it not hurt those countries and will it also not depress wages for people in our own country?" the congressman asked.

"No," the Microsoft chairman responded sharply. "These top people are going to be hired. It's just a question of where."

Rohrabacher said he's not talking about "top" students. He's concerned about the B and C American students who "fought for our country and kept it free." There's no excuse, he argued, for displacing those people with "A students from India."

An audibly irritated Gates replied that when companies like Microsoft hire top foreign engineers, they create jobs for B and C American students around them. If Microsoft weren't able to hire those top engineers in the United States, it'd be doing so in other countries and surrounding them with native B and C students, he said.

For our recovery, the country shouldn't accept only the generous credit-line extended by the rest of the world, but also welcome the elite talent trying to work in America. Congress' recent restrictions on smart, ambitious immigrants accelerate a brain drain that will adversely affect America's ability to compete and innovate, if it hasn't already done so. 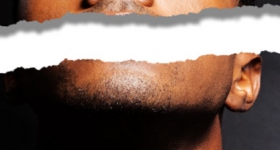