Like Claire's recent post about the violence in Gaza, you might be wondering, what does Oscar Grant have to do with Asian America? Well, besides also being outraged at the shooting and non- or delayed responses from authorities, I feel like this is a story that affects all of us. At the protests last week and today, there were many Asian Americans present. Grant's death has touched us all in some way. And living in an area where you hear of police killings every few months, it's unfortunately an issue that's embedded in our city and culture. Grant's death is only bringing this issue to light, one that you would be blind not to notice if you lived here.

BART's police chief, Gary Gee, is Asian American. One of the three people charged from last week's protest that turned into a so-called riot is Asian American. And many, many of the 300 or so shops that were damaged from last Wednesday are owned by Asian Americans, from nail salons to restaurants. In fact, most of the businesses damaged were small shops owned by people of color -- with the exception of a McDonald's. People have been calling this a Rodney King part II.

In many ways, I understand why people are angry and want to smash things. But I feel for the businesses that are basically innocent. In fact, many of the owners interviewed say they support the protesters and are also angry at the shooting. But in the larger scheme of things, I think there are a few things to remember -- that overall, the hundreds and up to thousands of protesters were peaceful, and that the focus should remain on Grant's case and making sure there is a thorough investigation. And the focus should also remain on the issue of police killings and brutality. Oscar Grant's case is unique because so many people have viewed his shooting online. But for every Oscar Grant, there is unfortunately many other people who are shot and killed without a cell phone camera as a witness. That's why this case has garnered so much attention, and hopefully it will shed light on an issue that's usually swept under the rug.

I'm curious if those not from the San Francisco Bay Area have heard of Oscar Grant or have seen the videos online? 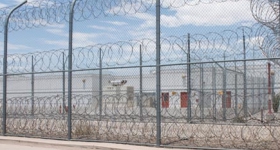