The prospects for Vietnamese Americans in a “new” New Orleans.

It has been more than 25 years since the first group of Vietnamese refugees was resettled in the Versailles Arms apartment complex in eastern New
Orleans. Gradually they reshaped the landscape of the Versailles neighborhood with Vietnamese-owned restaurants and businesses and by 2000 the neighborhood was split nearly evenly between Vietnamese and African Americans.

The area forms a racial bridge of sorts between the predominantly African American Read Boulevard East neighborhood and the white Lake Catherine neighborhood. You could think of it as the model minority trope -- in which Asian Americans are conceived of as a buffer class between black and white -- expressed in space.

In the aftermath of Katrina, many depictions of New Orleans’ Vietnamese Americans emphasized the model minority theme, speaking of how hard they had worked, starting from nothing, to achieve what they had -- only to lose it all again. While these depictions certainly contain a lot of truth, the ways in which the model minority story rests imperfectly on Vietnamese Americans (and New Orleans’ Vietnamese community in particular) are also important.

Katrina flooding in eastern New Orleans, where Versailles is located, was extensive. It’s difficult to predict how many residents will ultimately return. Those who do face a particular set of concerns and opportunities during the reconstruction of New Orleans.

Vietnamese American organizations nationwide, in caring for their own after Katrina, showed an astonishing ability to create alternate and effective solutions in the face of government neglect. Boat People SOS (BPSOS), working in coordination with a host of other Vietnamese community and faith-based organizations, spearheaded the relief effort for the estimated 15,000 Gulf Coast Vietnamese who evacuated to Houston.

Members of the Houston Vietnamese American community provided space in their own homes to shelter evacuees. People found their way to the headquarters of the relief operation, located at the Hong Kong City Mall, primarily through word of mouth and Vietnamese media outlets. By the end of September, BPSOS had already assisted over 1,000 Katrina and Rita evacuees with Federal Emergency Management Agency (FEMA) applications, registered over 400 families in the city of Houston housing database and distributed 600 25-pound bags of rice to shelters and families.

This kind of ad hoc mobilization occurred on numerous levels, small to large. For example, 26-year-old New Orleans native Mary Nguyen, who worked an office job for the city of New Orleans, suddenly found herself acting as relief coordinator for a church-turned-shelter in Baton Rouge. When she arrived “it wasn’t really equipped to be a shelter,” Nguyen says. Nguyen and her family, working with the church administrative staff, went out into the community to find what they needed. Now “we’re one of the better organized shelters,” she says.

In the immediate wake of disaster, an informal national network of Vietnamese American communities and organizations were able to mobilize in a manner no other Asian American group has done before. In terms of Asian American history, what is the significance of this, and what are the possibilities?

Pause to consider some historical context. Beginning in the 19th century, the U.S. government sanctioned a variety of spatial controls over Asian Americans. Asians were ghettoized in urban Chinatowns and Japantowns. First Chinese, then all Asian immigration was banned from 1882 to 1943. Japanese Americans were imprisoned in detention camps during World War II. More subtly, urban redevelopment policies beginning in the 1950s displaced Asian Americans and destroyed community centers.

None of these policies and events happened in a vacuum, affecting Asian groups and no one else. Rather, each had wide-ranging effects, especially on other marginalized groups with whom Asian Americans shared space and competed for limited resources.

Similar to contemporary Gulf Coast Vietnamese Americans -- who are fishermen, shrimpers and small business owners -- Japanese Americans of the internment era were primarily farmers and small business owners. The agricultural labor gap that resulted from interning Japanese farmers was a direct cause of the institution of the Bracero program in 1942, in which Mexican farmworkers were imported north to provide cheap labor. This resonates with the present-day opening of opportunities for undocumented workers to work at less-than-minimum wage in reconstructing New Orleans.

Urban redevelopment offers a more contemporary parallel. Since the official anointment of Asian Americans as the “model minority” at the end of the 1960s, Asians’ class positions, especially in urban settings, have become more ambivalent. The perception of Asian Americans as good citizens with innate middle-class values valorized them relative to other racial groups, in particular African Americans. This afforded Asian Americans more leverage than other groups to survive and prosper in transitioning neighborhoods. Struggles over redevelopment in San Francisco’s Western Addition in the 1950s, for example, promoted Japanese Americans’ cultural heritage while displacing a large African American population. In the past 20 years, suburbs such as Los Angeles’ Monterey Park and metropolitan areas such as the South Bay in the San Francisco Bay Area have become so-called “majority-minority” suburbs, with a plurality of middle-class Asians. It is no small thing that some Asian American groups now have some capacity to choose where, how and with whom to live.

Vietnamese Americans, as a refugee population, were systematically dispersed throughout the country beginning in the mid-1970s. Other groups immediately resented the newcomers, whom they perceived to be receiving unfair preferences for welfare, public housing and other forms of government assistance.

“Competition over very, very scarce resources can manifest racially,” Vo says. Vietnamese (and other Asian) Americans have often returned these racially-tinged resentments with racist sentiments of their own. According to Vo, “These conflicts arise primarily from a lack of education and mutual understanding between different groups. The fact of the matter is that Vietnamese Americans often know very little about African American history, and African Americans know very little about Vietnamese Americans and why they’re here.” New Orleans’ post-Katrina crisis highlights the fact that race relations in the South, like in California, are increasingly not just about black and white (if, in fact, they ever were), and that the South is experiencing a period of profound demographic change.

How Asian Americans -- with their histories of containment, racially coded struggles for space, and, most recently, pockets of middle-class separatism -- fit into this, remains to be seen. Might New Orleans’ Vietnamese American community be key players at this juncture?

The Bush plan for rebuilding New Orleans unabashedly favors big business and exploitation of undocumented labor, much of which will be provided by newly arrived Latino immigrant workers. The plan’s vision for a new “mixed-race,” “mixed-income” New Orleans will mostly provide for the wholesale takeover of previously poor, black areas by corporate developers and white gentrifiers.

In order to make residents’ voices heard in a rebuilding process which has so far been dominated by big business and corporate interests, coalition-building will be sorely needed among both low-income and small business owners.

Approximately one-third of the Vietnamese Americans who evacuated to Houston said they were small-business owners, and that they were going back to New Orleans. They may, over time, be able to resume their previously held positions. In addition to opportunities to rebuild what they had before, however, they also have an opportunity to build something new: alliances with other groups affected by Katrina.

Many post-Katrina multi-racial alliances have already been formed, and are still forming. “I know there’s [interracial] solidarity that’s happening on the ground at a grassroots level,” said Loan Dao, activist and doctoral candidate in ethnic studies at the University of California, Berkeley. Dao spoke of two Vietnamese American volunteers who, not long after the hurricane hit, drove across the country to join Common Ground, a grassroots organization headed by activist and former Black Panther Malik Rahim. Common Ground contributed supplies and a medical team to the volunteer relief efforts at a Laotian temple near Baton Rouge. “This kind of solidarity implies a kind of relationship building” and shows the “potential alliances that can be formed out of getting our basic needs where the government has failed,” Dao says.

Laura Pulido, author of the forthcoming Black, Brown, Yellow, and Left: Radical Activism in Los Angeles, points to the example of Storefront, a Japanese American-led Los Angeles community organization that was active in the 1970s. “Their whole idea was we live here -- black, white, Asian … instead of organizing Asians let’s organize everyone who lives in these communities.” Taking this geographical instead of ethnicity-based approach, Storefront “hooked up with [Black] Panthers, created a food co-op, and served all kinds of poor people.”

We’ve seen that post-Katrina, a broad range of Vietnamese organizations and individuals -- including middle-class elites -- came together to support the working poor in building a national relief network based on ethnic ties. What possibilities might there be if New Orleans’ Vietnamese Americans applied this ability to mobilize across class lines to mobilizing across class and race when they return to their decimated communities?

Grassroots sources suggest that this may be exactly what is happening. In October, Dao joined Viet Bay Area Katrina Relief (VietBAK) on a relief expedition to the Gulf Coast. In New Orleans, she “witnessed some amazing interracial solidarity work.” Organizations including Common Ground “really stepped up for the Vietnamese community.”

Of the Vietnamese evacuees they encountered, “it was clear that [they] intended to rebuild,” says Tuyen Tran of VietBAK.

On October 9, Tran and other VietBAK volunteers attended the first religious service since Hurricane Katrina at Mary Queen of Vietnam Church in Versailles. “We had been invited to witness the return of a community. … An estimated 300 Vietnamese evacuees, stretched out as far as Houston and Dallas, arrived at 10 am sharp. The singing could be heard from the parking lot.”

As Pulido says, New Orleans residents, including Vietnamese Americans, now have the “opportunity to rethink, ‘What are the boundaries of the community?’” while reconstructing their lives. The Right is correct in asserting that New Orleans will rise reconfigured from the detritus of the storm. New Orleans’ Vietnamese Americans, working in concert with other community-based groups, might be able to put forward their own utopian vision, and open salutary possibilities for what it could mean to be a different kind of model minority.

Wendy Cheng is a writer, geographer and doctoral student in American studies and ethnicity at the University of Southern California. 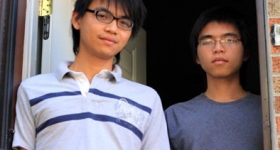 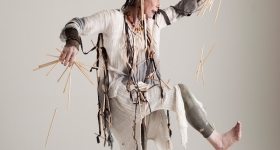