The first panel I attended, “Registered: Narratives of Internment and
Detention,” featured Japanese American and South Asian American writers
and filmmakers whose work poses questions of how mass deportation and
detention have affected their communities. Sunaina Maira (Missing: Youth, Citizenship, and Empire After 9/11) touched on the
importance of countering the collective amnesia of empire in the US
and the preoccupation in literature with politics and religious
identity when writing about Muslim youth. Marina Budhos (Ask Me No
Questions)  read a passage from her book about a
Bangladeshi American family driving to the Canadian border to apply for
asylum shortly after 9/11. Author Julie Otsuka (When the Emperor was
Divine) and filmmaker Rea Tajiri (who played a clip
from History and Memory) shared their families’ World War II
internment experiences, from gathering evidence of the camps to issues
of memory and denial. I thought the parallels between all these
narratives and the historical and very timely aspects were so relevant,
but unfortunately the Q&A ran out of time before we could really
get into it. 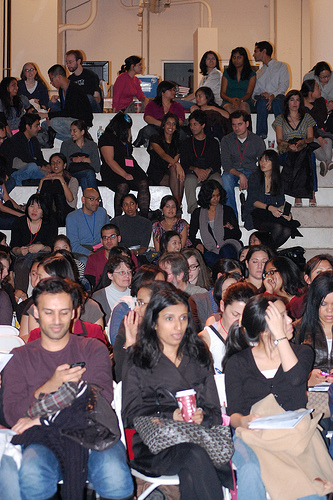 I then attended “Funky Jobs, Funkdafied Writing,” which looked at the
literal and not-so literal connections between the life of a writer and
the work a writer produces. Henry Chang (The Year of the Dog) was director of security for the Trump
organization before becoming a novelist, a job with law enforcement
aspects that later informed his writing. “Security business is a weird
kind of business,” he said, from naked people riding in elevators to
very odd hours. Katie Kitamura read from her novel The Longshot, which features mixed martial arts
(MMA) fighters – although not a fighter, she likened her training as a
dancer to the discipline involved when practicing MMA. Lijia Zhang (Socialism is Great!) worked at a rocket factory in China for 10
years, helping produce inter-continental missiles, a richly ironic
tidbit as she is now living in Iowa as part of a government-sponsored
international writing program (insert metaphor regarding literature and
weapons here). Her factory job, she said, was “soul destroying and
boring,” but lightened by her crush on a co-worker with “long hair and
a long something else.”

The last panel I went to, “Sex and the Cities: Stories of Love &
The Metropolis,” included internationally based readings from Monique
Truong (The Book of Salt),
Morteza Baharloo (The Quince Seed Potion) and Hari Kunzru (My Revolutions). Kunzru mentioned that his book has
no Asian characters, “a deliberate choice to see if it would be ‘allowed’
by the publishing industry.” This need to expand the definition of
Asian/Asian American lit beyond the limited scope ascribed by the industry
also came up when AAWW Executive Director Ken Chen mentioned that no
writing is universal – although white writers are often seen as
tackling universal topics while writers of color are “regionalist” –
but it’s in the regional that we find the universal. I thought that all of the panels and readings I went to at the festival, as well as the audience itself, also reflected the importance of ensuring that "Asian American" doesn't just mean "East Asian." 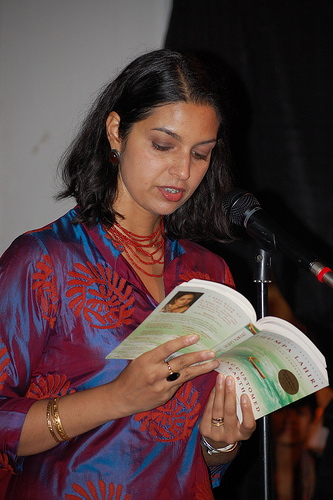 The readings closed off with Jhumpa Lahiri, the winner of the
Workshop’s 2009 Asian American Literary Award in Fiction for her short story collection Unaccustomed Earth. The AAWW
hosted Lahiri’s first (and only!) book party in June 1999. She also
taught a fiction class at the Workshop that year that I attended, along
with Ed Lin and Kai-Ming Cha, both of who were also at Page Turner, and Min Jin Lee. (Ed mentioned to me that the
class we took with Lahiri was 10 years ago this month! It seems like a
lifetime ago, which I guess it kind of was.) In a Q&A led by writer
Amitava Kumar, Lahiri shared some
fascinating anecdotes, including:

* When she found out she won the Pulitzer Prize for Interpreter of
Maladies, she was peeling an orange and heating up soup. An intern
phoned her to fact-check who she was, but neither Lahiri nor her
husband believed she had actually won at first.

* In her early 20s, Lahiri wanted to write fiction but was too afraid.
She hid behind the shield of being an academic, which was what was
expected of her. Writing fiction was a way for her to not answer to
expectations. Her first book was actually written while she was
completing her dissertation.

* She doesn’t like to write reviews because it feels like too much
responsibility. She also doesn’t like to read reviews of her work – her
husband tears out book reviews from the newspaper before she reads them
– and feels that it’s best for her not to hear the voices outside to
maintain equilibrium. To write, she has to be as “minimally conscious
of an audience as possible,” or she feels too afraid, and that there’s
too much responsibility.

* Lahiri sent out the manuscript for Interpreter of Maladies and was
rejected several times. She likened continuing to submit the work in
the face of rejection as “throwing a little ball into a hole at an
amusement park” and having a "foolish obsession" with trying again and
again.

* As a mother, Lahiri’s goal at this point is to write when she’s alone
in the house. Her writing day effectively ends at 3 pm, when she has to
pick the kids up from school, and there’s a  “firm click of the switch”
in her mind.

When the readings wrapped up it was night, I’d been sitting inside through five hours of back-to-back panels, and I was still ready for more! By the time the crowd moved to the festival’s after-party, it felt like one big family reunion. Congrats to the AAWW staff for putting together such a well-curated and well-attended feastival -- I hope it’s just the beginning. 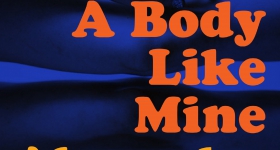 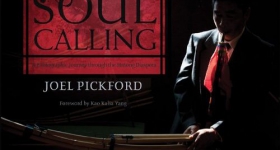 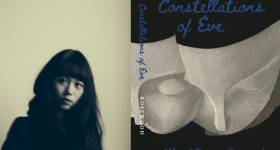 Dianne wrote on Wed, 11/18/2009 - 9:16am
It's wonderful to see this in-depth look at the Page Turner Festival--thank you. However, I can't help but be reminded of a piece in a previous issue of Hyphen (forgive me, but I no longer recall the issue or the article's writer, and I regret not commenting when it first appeared) that examined jackets of Asian American-penned books. As a book editor (and another former intern of the AAWW--haaayyy), I was disappointed to see the selection of books that were chosen for that piece, many of which were several years old/out of print, and I was horrified that the writer was literally judging these books by their covers (admittedly the point of the article, but much depth was lost) without reading most of them.I remember that Ms. Lahiri's latest jacket (visible in your photo above) was one of the examples cited, and it was mocked for its image of a bracelet floating in waves. It may not be the most compelling jacket art ever, but that bracelet was key to one of the stories inside, and there was no mention of that fact because the author of the piece hadn’t read the book. There was also frustration at the "Asian" elements of the covers but little acknowledgment that the stories behind those covers are, after all, about Asian and Asian American characters, so a woman in a sari or an image of a Buddhist temple may have been appropriate.A quick glance at the top photo of this post gives a better snapshot of the variety of Asian American book jackets than the piece I read, and my fervent hope for the future is that Hyphen provide as intelligent, nuanced and researched a view of Asian America as you have proven you are able to do. I recognize and appreciate that you all are hard-working volunteers, but I for one am happy to wait a little longer for well-informed, thoughtful writing. All that said, I thank you for all you do and I look forward to reading more!