According to a recent article in the New York Times, the Hindu American Foundation has begun a campaign to get the Hindu roots of yoga recognized in the US.

The small but increasingly influential group behind [the "Take Back Yoga" campaign], the Hindu American Foundation, suggests only that people become more aware of yoga’s debt to the faith’s ancient traditions.

... Dr. Deepak Chopra, the New Age writer, has dismissed the campaign as a jumble of faulty history and Hindu nationalism. R. Albert Mohler Jr., president of the Southern Baptist Theological Seminary, has said he agrees that yoga is Hindu -- and cited that as evidence that the practice imperiled the souls of Christians who engage in it.

... “In a way,” said Dr. Aseem Shukla, the foundation’s co-founder, “our issue is that yoga has thrived, but Hinduism has lost control of the brand.”

For many practitioners, including Debbie Desmond, 27, a yoga instructor in Williamsburg, Brooklyn, the talk of branding and ownership is bewildering. “Nobody owns yoga,” she said ... “Yoga is not a religion. It is a way of life, a method of becoming. We were taught that the roots of yoga go back further than Hinduism itself.”

Like Dr. Chopra and some religious historians, Ms. Desmond believes that yoga originated in the Vedic culture of Indo-Europeans who settled in India in the third millennium BC, long before the tradition now called Hinduism emerged. Other historians trace the first written description of yoga to the Bhagavad Gita, the sacred Hindu scripture believed to have been written between the fifth and second centuries BC.

Okay. This isn't a simple yes or no question. There are a lot of threads here. For example, the proponents of "Take Back Yoga" are talking about "branding," but isn't it more about group identity? The term "cultural appropriation" wasn't used in the article, but isn't that at the center of their demands? Isn't it that yoga comes out of their culture, but their culture is being ignored? Aren't people isolating yoga from everything else Hindus hold dear, and continuing to despise Hindu culture while lionizing yoga? Are Hindus being silly about a practice which has already melded into the American mainstream and changed as it went? Or do they have a point?

And what about the possibility that yoga goes back to pre-Indian, pre-Hindu culture? Is that a legitimate reason to ignore the millenia of Hinduism in between, which yoga is undoubtedly infused by? Is that really why U.S. hipster yoga practitioners separate yoga from Hinduism? Or is that just a cheap excuse for ignorance?

And didn't Hinduism (not a clear, discrete orthodoxy in any case) arise out of Vedic culture? Is there a clear line between Vedic religion and Hinduism? And if Vedic religion doesn't exist anymore, supplanted by Hinduism, doesn't that make Hinduism the inheritor? And isn't this all just very pedantic?

And then there's the question of when does some syncretized thing stop belonging to its culture of origin and start belonging to the culture it's melded into?

And finally: do we need for yoga to belong to anyone?

Please remember: no name calling, no insults, no cursing, no excessive passion, no straw men. Please speak from your own experience; no stereotyping! And no racism whatsoever will be tolerated.

Otherwise, knock yourselves out! 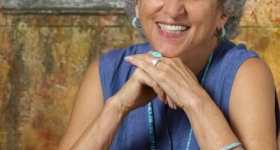 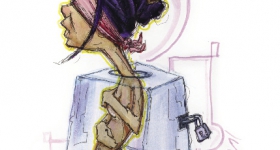 Dharmic wrote on Sat, 04/13/2013 - 10:08am
So can we say that acupuncture is Indian? After all it was Indians who came us with the concept of nadis? The word Indian was created by europeans. The word Hindu was created by the zoroastrians. The correct word is not Hindu but sanatana dharma which describes people who follow the Vedas. And yes yoga was created by people who practice sanatana dharma and was written down in a book called Yoga Sutras by Patanjali. Perhaps you believe ignorance is bliss.