A Holiday Guide for the Hindu Dog?

The holidays are upon us, and in the spirit of being mindful of the needs of loved ones, I am particularly interested in keeping my dog safe from twinkle lights and the abundance of dropped food, curried or otherwise, that could lead to an unfortunate visit to the vet.  The American Kennel Club released a guide to keep your pet happy and healthy during the holidays, which includes Christmas, Thanksgiving, and the Fourth of July.  But I thought to myself, what about the whole host of Hindu holidays that give you more things to consider beyond mistletoe, poinsettia and stray turkey bones?

I’d love to ask the Kennel Club why us brown folk aren’t feeling any love, but I can’t blame them too much. Truthfully, nobody’s really gotten the ball rolling on discussing how dog ownership relates to ethnicity. And on top of that, a vast majority of the South Asian Americans I've come across, particularly those not raised in the United States, harbor a prejudice towards dogs and other domestic animals that is puzzling to those who live in this dog-centric nation. How can I expect the Kennel Club to write us a guide when it seems like many of my fellow South Asians would prefer it if dogs didn’t exist at all? Online commentary that speculates as to the reason asks a valid question, but often gives way to ignorant musings. Take a look at an answer from this enlightened citizen:

Random Racist: "BECAUSE THEY EAT THEM!!!"

As much as I enjoy this fabulously inventive dog-eating joke, there is a much simpler explanation. In India, a nation plagued with high unemployment and poverty rates, many individuals simply don't have the resources to care for animals. So while dog ownership is on the rise in India, for many it's just not practical, and therefore hasn't had a chance to become a custom. We in the United States have approximately 77.5 million pet dogs, but a vast majority of the dogs living in India are strays, ones whose healthcare and well being are quite naturally, not prioritized. As a result, many Indians get bitten by diseased and feral animals. In fact, it is estimated that 20,000 people die annually in India because of rabies that originated from dog bites. So many of the people I've come across are afraid because they were bitten or menaced by a dog while living in India, and the feeling stuck with them.

But that’s not to say South Asians have dismissed these furry friends altogether. I for one, as a dog lover from the West, cannot fathom our eastern counterparts who so ruthlessly slaughter thousands of dogs to prevent disease, just as people in India can’t imagine the brutal and inhumane ways some of the animals we eat are killed. My brain tells me to calm my inner cultural chauvinist; but having to kennel my dog when dog-phobic relatives visit makes me want to eat a juicy steak in front of them just to even the score.

Even my parents and close friends, many of whom have dogs, were afraid at one time or another. But the warm and fuzzy part is that as their fear dissipated, they got puppies, raised them, became obsessed, and now my friends and I are second class citizens who get called "Cookie" and "Joey" by mistake while our dogs get hand-fed and sleep in beds ten times their size. I'm not complaining, I'm equally enamored with the happiness that comes with a little canine company. But the point is, many individuals who were accustomed to being indifferent to strays and dogs in general now include their pets in religious festivals and consider them a part of the family. It’s ultimately a symbiotic relationship.

Soon enough there will be a holiday guide that will keep the South Asian pet safe from Diwali sparklers and the raisins in blessed rice pudding. Help create some demand. After all the holiday madness has wrapped up, consider providing a loving home for a stray animal. Support a no-kill shelter, or visit http://www.humanesociety.org/ to find your local humane society. 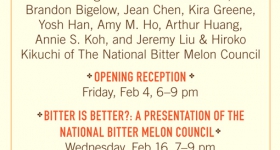 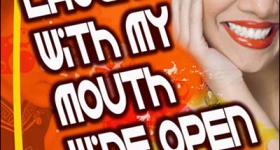 The Hyphenite's Social Calendar: Between Two Worlds, A Celebration of Craftswomen

HyphenatedIndian wrote on Mon, 12/20/2010 - 6:41am
Dear Ms. Mantha: Your eloquent post on Hyphen's facebook feed was eye-catching, because I, too, am a fellow "brown" dog person living in West. Your sentiment about wanting to keep your  pup safe during the holidays is appreciated by all of us that feel that close bond with our pets, because they truly are a part of our family. Your message at the end, of advocating stray pet adoptions and supporting a local "no-skill" shelter (I'm sure you meant no-kill, of course) is one of utmost importance as well, and upon reading your article, it is apparent that your heart is in the right place. However, I find the subject of your article a bit misplaced. Are you truly trying to protect your pet, or are you half-way apologizing to the rest of the West for the darn dogged prejudices of us brown folk? There is nothing wrong in that, in its own time and place, but if I click on a blog title that says "A Holiday Guide for the Hindu Dog" (confusing "?"  in the title aside), it gets me excited, thinking, "Hmmm. Dog costumes out of Saris? Doggy-safe recipes for a Diwali treat for Fido?" What I get instead is a bit of a rambling explanation on why our folks from South East Asia seem like they "would prefer it if dogs didn’t exist at all" - a bit of a generalization, don't you think?  Your tone throughout the article was a tad patronizing, intentionally or not. You do provide a nice summary of the general reasons why dogs aren't as big on people's "awwww!" lists in India as they are in the US. But then you ruin it with minor witless statements. If you feel that eating a steak would even the score from having to send your pup away while your relatives visit, by all means, do so. I assume that you would no longer miss your pup, since the score has been settled? This relates to  obtaining "A Holiday Guide for the Hindu Dog" how, again? And by the way, since when have Hindus made pet dogs a part of their rituals? And Ms. Mantha, let me assure you, the AKC is not in the business of providing pet guides based on ethnicities, cuisine type, religious holidays, or the such. Or perhaps did I miss the Chinese New Year guide, the one in which they warn that the dogs must abstain from being given dumplings and firecrackers must not be used within 10 feet of them? Please, use your common sense. Whatever you wouldn't do near a baby, don't do near your pet. That includes smoking, lighting incense, candles at a low lever so that they may easily knock the flame over.  If sparklers have fire and can potentially burn little kids, then they can burn and scare your dog. If the AKC says raisins are bad, I think you can safely assume that they meant even the raisins in your Diwali kheer. And if you really have a problem spilling so many things on the floor, you might want to look into other reasons for why this might be the case, instead of worrying about the right food to spill. Please keep on advocating sensible adoptions and no-kill shelters, instead of wasting time and resources on yet another unnecessary cause that really benefits no one. I commend you for loving your pet and caring for him/her