Hyphen is proud to announce that editor Momo Chang was recently awarded a 2011 Excellence in Journalism Award from the Society of Professional Journalists, Northern California Chapter.

Momo was part of a team of journalists who won in the investigative (radio/audio non-daily) category for the National Radio Project’s “The Toxic Truth About Nail Salons,” a topic that she has written about for Hyphen (“Mani-Pedis Go Green” in Issue 18: The Action Issue from 2009).

Here’s a little bit more about Momo’s reporting on the subject of toxins in nail salons, in her own words:

I fell into this topic when I wrote a short news piece for the SF Bay Guardian about the safe cosmetics campaign, and some of the focus was on phthalates in nail polishes. Reading up on it, I saw that there was mention that nail salon workers were mostly immigrant women (it turns out, Vietnamese). This was a particularly vulnerable population -- mostly refugees and immigrants who spoke little English and were being exposed to hazardous chemicals, plus there was a possible link to cancer and other nasty illnesses. I found it ironic that this was a place that people are supposed to feel pampered, but there was an ugly side to it.

I kept following up on the issue because there was a lot of advocacy work around it. I also felt like nail salons were springing up everywhere in the Bay Area, like coffee shops, on practically every corner.

The 'The Toxic Truth About Nail Salons' project came about when I was asked in 2010 to collaborate with National Radio Project producer Pauline Bartolone on a radio documentary about the health effects of working in nail salons. By then it was a topic that I'd covered for several years in various media outlets, including Hyphen. I used the Hyphen story, 'Mani-Pedis Go Green,' as the foundation for my radio segment, which is focused more on the solutions/next-steps angle of the issue.

What's different about the Hyphen print story versus the radio segment is that the radio segment includes more from Uyen Nguyen, the owner of Isabella Nail Bar, and from workers and customers. It also include an interview with San Francisco Supervisor David Chiu on the San Francisco Nail Salon Recognition Ordinance, which is perhaps the first legislative step toward encouraging nail salons to use safer products. Also, the radio segment includes the fact that even though Nguyen is doing a lot to ensure her salon is safer for workers and customers, air quality tests show that the salon still has more chemicals inside the salon than outside of it.

It was my first radio piece, so my voice and narration sound terrible. Pauline, who is now a health reporter at Capital Public Radio in Sacramento, trained me on using all the technology. (She said it's normal for first time narrators to sound sad and almost like they are crying.) Pauline and I were the main reporters and producers, but it was a team effort that included Andrew Stelzer (co-host and editor), Kyung Jin Lee (editor) and Khanh Pham (story development and editor).

The Hyphen story has spun off in many different ways: a version was reprinted in the Utne Reader ('Color Me Nontoxic'), and that version was recently reprinted textbook called Women's Voices, Feminist Visions (McGraw-Hill).

Ultimately, I hope that readers and listeners who may not know about these issues think differently about the workers in salons. The terms 'immigrant' and 'immigrant women' are so nebulous. I hope to put a human face to the issue. And I hope readers and listeners are moved by the stories -- moved enough so that they want to learn more, become more aware, or take action toward positive change.

Congrats Momo! You can listen to her piece below. 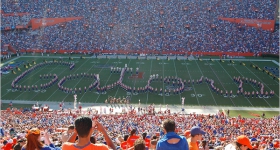 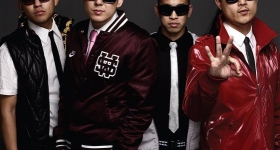