“At first, people thought Muslims were behind this,” said a Pakistani taxi driver in Oslo when the news of the bomb attack and the murderous shooting rampage initially hit the news. But soon it became clear that the man behind the mayhem was tall and blond. The right-wing extremist Anders Behring Breivik, 32, wanted to spark a revolution against immigration, Muslims and “multicultural Marxists.”

The Oslo attacks are eerily reminiscent of the 1995 Oklahoma City bombing, which killed 168 people. News organizations quickly reported investigators were looking for several Middle Eastern men. But within 48-hours they arrested the very all-American Timothy McVeigh. That’s a discovery that led to many media mea culpas about a rush to judgment.

What a difference 15 years, a September 11, a London subway bombing and a Madrid train explosion make.

Kenza Drider, a French Muslim of North African descent, wears a niqab outside the Notre Dame Cathedral in Paris in this file photo. France banned on full face veils exposing anyone who wears the Muslim niqab or burqa in public to fines of 150 euros ($216) and lessons in French citizenship.

There is already enough hysteria against immigrants in Europe coming all the way from the top down to the man on the street. “Multiculturalism is a failure,” French President Nicholas Sarkozy has declared. The right-wing Progress Party in Norway and Pim Fortuyn’s LPF in the Netherlands rose to power by bashing immigrants.

Yet no political party, no matter how anti-immigrant, will acknowledge Breivik -- this thing of darkness -- as theirs. They will instead want to steer the conversation back to the “failures of multiculturalism” that have driven an all-Norwegian man to such desperate measures.

Yes, there is a failure of multiculturalism here but it’s not the kind Sarkozy is talking about.

That failure is revealed in one striking difference. If a Muslim extremist had committed these horrendous acts, the whole community would have had to answer for that act. It would be an act of “Islamic terrorism” and would lead to even more strident calls to reform the entire immigrant system.

Breivik wanted to recreate a group like the Knights Templar, who protected Christian pilgrims in the Holy Land in medieval times. But his acts will not be called “Christian terrorism.” Breivik will remain an individual, a rotten apple. We will remember his name just as we remember the names of Timothy McVeigh and “Unabomber” Ted Kaczynski.

How many remember the name Shahzad Tanweer? He was one of the men behind the July 7 London subway bombings. Those men were just lumped together as jihadists. Their identity is always defined by their community: Muslim, immigrant, or son of immigrants.

This is not to say immigration has not brought with it a clash of values in Europe. The big fear is that multiculturalism has become all about tolerating the intolerant. And there is enough intolerance to go around on all sides. The fights over hijabs, female circumcision, honor killings, same-sex marriage and women’s rights are not trivial.

Dutch filmmaker Theo van Gogh was killed by a Moroccan immigrant incensed about his controversial film about women and Islam. The murder shook the Netherlands. Just before his death van Gogh had finished a film loosely based on the assassination of openly gay politician, and one-time Communist, Pim Fortuyn. He had risen to power by denouncing Islam as a “backward culture” and immigration as a threat that would unravel the liberal Dutch society. Fortuyn was assassinated by Volkert van der Graaf, who said he murdered him to prevent him from making Muslims scapegoats in his bid for political power.

Many liberals who support immigrants’ rights have to contend with the tough truth that many of these same immigrants do not share the same liberal values that they have. They won’t be fighting the good fight when it comes to other issues liberals hold dear, for example, same-sex marriage.

Not yet. Perhaps, never. But certainly it won’t happen as long as they find themselves always in the crosshairs of suspicion in their adopted homeland. Europe complains its immigrants do not integrate quickly into European society, but it also makes it extremely difficult for the children of immigrants to become citizens. So Italy and France have whole generations, born and raised in those countries, which are still not Italian or French. They are changing the culture -- and being changed by it -- but don’t have a real place in this new Europe.

Europe has to face the fact that it has not opened its doors because of the goodness of its heart. It’s about necessity, not noblesse oblige. It’s, “Let the immigrants in because we need them to wash our clothes, and vacuum our shop floors.” Most of all, it needs them to change the bed pans of its elders.

Europeans -- even in staunchly Catholic Italy -- are not having enough babies to provide the workforce that will pay for their grandparents’ pensions. Stuck between a rock and a hard place -- a falling birthrate and an aging population -- it’s holding its nose and looking outside its borders.
What immigrants find is a Europe that both needs them and looks down on them. La Padania, the newspaper of a right-wing political party in Italy, had a front-page headline that proclaimed, “Not Enough Jobs -- Send Them Back.”

A few years ago The Sun newspaper in the UK went to town with the sensational Swan Bake story. Apparently, refugees in Britain were barbecuing the Queen’s swans in her royal parks. It triggered much ado about barbarian asylum seekers, who didn’t respect English values. The Sun even published a photograph of immigrants with the caption “Immigrants like these are blamed for eating the birds.” It was the story that was cooked up, not the swans.

Thanks to immigrants, cities like Rome now have several cricket clubs. The Italian team even won the Under-15 European championship. But their national pride was short-lived, said journalist Enzo Mangini. Because of Italy’s citizenship laws, it turned out that only a couple of the team members were actually Italian.

At some level, Europe’s vision of multiculturalism has been this: Brown people can come to change its soiled sheets and mop its floors, but bring with them only their shawermas and doner kebabs, yummy “ethnic” cuisine everyone likes as long as it’s not too spicy. The rest of their cultural baggage -- and citizenship right -- they can leave at the border.

But it doesn’t work that way.

“We will not let fear paralyze us,” asserted Oslo’s Lutheran Archbishop Helga Haugland Byfuglien. “We will fight for the values that were attacked.”

That’s commendable. Tony Blair tried to do just that after the July 7 subway bombings in London. But in trying to take the moral higher ground, in trying to protect Muslims from any kind of backlash, he unwittingly reunderlined their “otherness” in the English imagination.

“The vast and overwhelming majority of Muslims, here and abroad, are decent and law abiding people, who abhor this act of terrorism every bit as much as we do,” said Blair.

Until the immigrant becomes truly part of Tony Blair’s “we,” Europe will never be safe from both its Anders Breiviks and its Shahzad Tanweers. 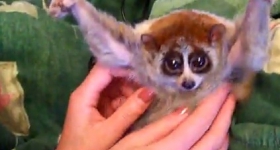