Books: The Military Gets a Humorous Spin

War is no laughing matter.

But Chester Wong, the
Chinese American author behind [Yellow]
Green Beret: Stories of an Asian-American Stumbling Around U.S. Army Special
Forces, has somehow managed to hone in on the humor tucked away into his 12
years of military service and used it to construct three volumes of
chuckle-worthy tall tales.

Not to say that the former
Special Forces Commander takes his duty as a representative of the US Army
lightly, however.

In fact, Wong (a pen name,
changed to protect both himself and those involved in the aforementioned
stories) kicks his collection off with a disclaimer:

“I am not a war hero. This
is really important for you to understand.”

His preface is a telling
one, as what eventually unfolds in the following 300 plus pages (in just the
first volume) is not the kind of war tale that readers may have become
accustomed to.

There is the prerequisite
detailing of military strategy and recounting of intense training conditions,
yes, but those technicalities are mostly overshadowed by the creative exploits
in which Wong and his cadre of military brethren take part.

In one particular story, for
instance, Wong details the extreme measures that he and his buddies went
through to recover a cell phone he had stolen out of his back pocket during a
tour of duty in the Philippines. As this happened before iPhones and the Find
My iPhone locator app were made popular, Wong and his pals had no choice but to
map out an entire military strategy for the retrieval -- including a female
decoy, the local police and three different lookout positions.

In another, Wong recounts
the now-infamous “pizza incident,” in which he and a number of his fellow
“wannabe Special Forces guys” opted to break strict military rules during a
SERE Special Forces qualification test and scarf down pizza instead of
suffering through the exercise’s implicit hunger pangs.

But for all of his ludicrous
antics, the author is at heart clearly a proud veteran of the US military
system. And though his storytelling is not conventional by any means (it is, in
fact, littered with phrases like “douchebag,” “dude,” and “homies”), his
collection of stories humanizes the military experience in a way that is both
accessible and understandable for any layperson.

His casual writing style is
effective in its colloquialisms, his implicit “ya know what I mean?” at the end
of each humorous anecdote like a friendly elbow in the ribs.

It’s refreshing and, perhaps
just as importantly, it acts as an honest reflection of what being a member of
the military is truly like -- excessive downtime, chow thieves, interpersonal
problems and all -- sans the pomp and circumstance that often characterizes other
war memoirs. Wong sees each tactical misstep or bizarre incident as a learning
opportunity and every interaction as a chance to reflect on the idiosyncrasies
of wartime and the people he meets from a myriad of different backgrounds.

While Wong’s intentions in
writing the books are clearly not political or confrontational, he doesn’t shy
away from criticizing failings of the very US missions he led, nor does he
hold his tongue when being critical of special operations forces in the Philippines,
Korea and Baghdad.

He does, however, sometimes
border on the edge of political incorrectness in his descriptions, commenting
on the “stereotypical” (Wong’s words) white pickup truck full of Mexicans that
he chanced across during the pizza incident or breaking down the
Korean American West Point culture, as demonstrated in the following passage.

“Growing up in Cupertino,
California, which was about 50 to 60 percent Chinese in the late ‘90s, I
actually hadn’t had much exposure to Korean or Korean American culture despite
being in such a heavily Asian-American community,” he writes. “There were a few
Koreans at my high school, but they didn’t travel around in the giant wolf
packs that they do in normal Korean American social circles. ...So, needless to
say, it was quite a bit of shock when these Korean upperclassmen (at Westpoint)
wanted me to call them hyung, or
‘older brother,’ pretty much every sentence like how I was supposed to say
‘sir’ to the other upperclass cadets … holy cow! I mean, I was like, are we
living in feudal times?”

It’s at times like this that
Wong runs the risk of alienating some of his audience. His own shock and awe
about Korean American culture may be a familiar one to readers who are
similarly new to the experience, but to those who grew up accustomed to the
customs he mentions, his jabs are naïve at best, offensive at worst.

There are nods to Wong’s
Asian American background interspersed throughout his stories -- each chapter
serves as a standalone tale, and none of the anecdotes are in any chronological
order -- and the references to certain cultural touchstones are not overly
didactic.

Wong’s saving grace in
toeing the line between honest and offensive is his stereotypically Asian,
self-deprecating humor, ironically enough. For every time he gripes about an
ethnic group, he admits to his own tendency to judge too quickly, and his
realization that people can be “douchebags” (a favorite word of his) regardless
of cultural upbringing.

In the end, the takeaway is
less about crawling into the deep recesses of a mind sorely affected by the
travesties of war than recognizing that the nameless faces involved in the war
efforts are not too different from the average reader.

It’s as though your best
college buddy had come home from the war, hauled you out of your apartment for
a drink and said, “You’re not gonna believe this but …”

By the end of it, you’ll
still not believe it, and you’ll want another drink.

Joyce Chen is a second-generation Taiwanese
American journalist and current multimedia editor at the New York Daily News,
where she covers viral videos, recaps "The Bachelorette" and wades
her way through all things entertainment and gossip - with tongue firmly in
cheek, of course. She originally hails from Cerritos, CA, and graduated with
degrees in print journalism and psychology from the University of Southern
California, where she was previously the editor-in-chief of the Daily Trojan.
Her writings have been published in People magazine, Los Angeles magazine and the
Los Angeles Daily News. 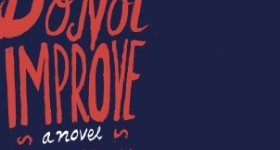