Stuck Elevator is a vulnerable piece of theater. Premiering this month at San Francisco’s American Conservatory Theater (ACT),
the show is a musical staging of a simple but almost unbelievable
story: a restaurant deliveryman from Fujian, China is trapped in a Bronx
elevator for 81 hours. For days he does not call for help, fearing
deportation. When he finally does call into the elevator’s intercom, all
he hears is static.

As other reviewers have stated, Stuck Elevator
wrestles with certain shortcomings. For instance, the founding metaphor
of the show, at first, felt one-dimensional. The conceit becomes clear
very quickly: the main character, Guang (Julius Ahn), is trapped by his
immigration status, just like he is stuck in the elevator. Yet it is
hard to argue with the accuracy of this juxtaposition.

Stuck Elevator is
based on a true story that composer Byron Au Yong followed in the news.
The eventual collaboration between Byron and librettist Aaron Jafferis
took on the incredible challenge of theatrically rendering all the
invisible ways Guang is trapped in and outside the elevator. He cannot
escape because the doors won’t open -- but it is his lack of
citizenship, his barely established English abilities, and an incredible
debt to the Snakehead (his smuggler) that led Guang to the elevator in
the first place.

This
backstory also prevents him from seeking help. Indeed, as an audience,
we realize that there is no real help available to Guang. Therefore the
symbol and setting (created by Scenic Designer Dan Ostling) of the
elevator, monolithic as it can feel, is appropriate commentary on how
such a person can be silently buried alive in the walls of a New York
City high-rise. In considering the show over this past week, it is the
simplicity of Stuck Elevator that has moved me in the end.

Those
of us who come from immigrant families or who have familiarity with
immigration stories won’t necessarily find new themes here. Stuck Elevator explores
familiar territory, such as hope and hard work, longing and loss. But
once again, what could be perceived as a shortcoming may also be where
the show succeeds. There is a profound simplicity and sweetness to the
songs, a laying bare of Guang’s purest self.

After
Guang is trapped, he counts the passing hours in dollars lost. Each
hour is a dollar of his unpaid debt, or a dollar he can’t use to send
for his wife, Ming (Marie-France Arcilla) and his son, Wang Yue (Raymond
J. Lee).  He also worries about how angry his boss’s wife (Joseph
Anthony Foronda) will be, or that his Mexican friend/co-worker, Marco
(Joel Perez), will get all the tips. After 23 hours in the elevator,
Guang has a nightmare and wets himself. It is his lowest point. He sits
with his knees tucked to his chest, looks up, and sings the solo
“Shame.” It begins, “Wang Yue cannot know that I am here. He will know
honor and success, and dollars and the best. And when I die, he’ll make
an altar and put my portrait in a frame…”

Whether Stuck Elevator is,
in ACT's words, "a hip hop opera" or just hard to categorize, it is
musical theater. And in American musical theater, there is space for
such unabashed declarations of hope in the face of wretchedness, a
discrete tradition in which characters have a chance to stand tall
amidst their dying dreams. Gypsy’s “Coming up Roses,” Rent’s “Dying in America,” and Wicked’s “Defying
Gravity” all come to mind, though for different reasons. “Shame” joins
such songs in imagining ideal selfhoods, especially while experiencing
the worst disappointments.

But in keeping with Stuck Elevator’s core
strength, "Shame" is a softer song, more vulnerable. It is one man’s
hymn to the dream that was supposed to make such enormous sacrifices
(including a nephew who suffocates during the ocean journey) worth it.
The song continues, “The guard cannot know that I am here. He’ll ask me
for my papers and see my name, then send me back to China, and Ming will
see me wear the same old clothes. She’ll cry because she knows. And
each tear, a mirror repeating my new name, which will be Shame.” We now
know the real reason Guang won’t call the guard.

By
the end of the show, the audience can see an outline of Guang, the
invisible immigrant. So in another great tradition of American musicals,
and of theater in general, Guang’s story becomes larger than one man’s
narrative. It is a Chinese story, an Asian American story, an immigrant
story, and it must be told as such. But in the program, Director Chay
Yew writes, “I believe the story of one American belongs to all
Americans. The white stories are not for white people only; they are
also for black people, Latinos, and Asians. Asian American stories
belong to black and white Americans, and so on. The question is, 'When
do we start learning from each other to make this city and this country
what they need to be?'” Stuck Elevator attempts to answer this challenge of “When?”, and by staging this show, the creators are saying it should be now.

For Hyphen readers, perhaps the most relevant, final comment comes from composer Byron Au Yong. In Stuck Elevator’s performance guide, Words on Plays, he says, “One of the most difficult things about Stuck Elevator is
realizing that the people who are depicted onstage may not actually be
in the audience. Hopefully their children will be, though.”

The show continues at San Francisco’s ACT. until Sunday, April 28. Running time is 81 minutes without intermission, and seats are $20-$85 (subject to change). 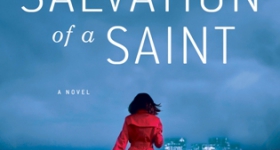 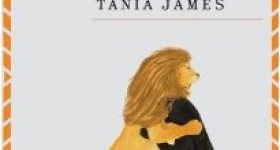