When she registered me for
kindergarten, I’m sure my mother didn’t give a second thought about my name.
She just wrote down the Romanized version of the name I’d had since before
birth: a traditional two-syllable Korean name, composed of hanja, or Chinese characters.
But thanks to social pressure, I haven’t used that name for more than half my
life. Having lived the first half of my life with a distinctly foreign name and
the second half of my life with an adopted Western name, I can definitively say
that living in America is much easier when people aren’t constantly mangling,
mocking, or otherwise screwing up your name. But exactly how much easier?

Personally, the most noteworthy
difference between being Boyoung and being Chloe is that people literally
perceive me as more foreign when I’m the former. When I’m Boyoung, people speak
more slowly when addressing me, ask me where I’m from, tell me that my English
is great, and ask me to translate Korean for them, assuming I’m fluent in
reading and writing a language I do not know. When I’m Chloe, my English
competence is a given. Nobody asks me to repeat my name over and over, as if
I’m a talking doll for their amusement, and nobody ever screams “Chloe!” in an
exaggerated accent to poke fun at me. Boyoung is conspicuous, while Chloe gives
me the gift of invisibility.

However,
possessing a foreign name has implications beyond elementary school taunts and
agony-stricken roll calls (when I watched Ferris Bueller’s Day Off for the first time and
saw the iconic “Bueller? Bueller? Bueller?” scene, I immediately recalled every
first day of school -- where my teachers blundered “Boyoung? Boyoung? Boyoung?”
while I, blushing and embarrassed, sunk low into my seat). A
2009 study from the University of British Columbia found that job applicants with
names like Jill Wilson or John Martin received interview callbacks
significantly more often than identical applicants with more Asian-sounding
names like Lei Li. In addition, a 2003 study from the National
Bureau of Economic Research shows that similarly, people with names that
employers perceive as African American face discrimination in the hiring process. This
suggests that being saddled with an Otherized moniker goes beyond social
discomfort to have serious economic consequences for people.

The
question is, do the social and possible economic consequences of having a
foreign name outweigh the losses of forsaking a name imbued with your family
and your culture? I’m
not so sure anymore. My grandfather carefully coined my Korean name by studying
countless characters and meanings, and confirmed its good luck by traditional
fortune telling. I unceremoniously picked my Western name out of a list of top
100 baby girl names of 2004. Even though I’ve wanted to change my name legally from
Boyoung to Chloe for the sake of ease, I’m rethinking that choice now. Names
are one of the most basic facets of identity, and I might want to keep mine
Korean.

Chloe Kim was born in
Seoul and grew up in Texas, Germany, and Northern California. She is
now a second-year student at UC Santa Barbara. When she's not
studying, she likes to take advantage of her surroundings and relax on the beach, read
poetry, and drink tropical fruit smoothies.

Want more on
Asian American names at Hyphen? We’ve covered babies and trends, so weigh in. 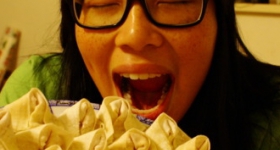 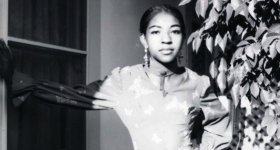