Family and friends are no substitute for words, deeds, and policy
Russell Chun and Khin Mai Aung
January 26, 2017

Senator Jeff Sessions ended his confirmation hearings for Attorney General before the Senate Judiciary Committee and goes up for a vote next week. While the mainstream media focused on the partisan fight over Sessions’ abysmal record on civil rights, social media lit up with outrage over one reporter’s impression of mundane interactions that prefaced the hearings. Jeff Sessions brought his family to his testimony including his daughter, Ruth, and her Asian American husband, John Walk, and their children. Sessions’ granddaughter briefly sat on his lap, eliciting this statement from Ira Madison III, an MTV writer, who tweeted:  “Sessions, sir, kindly return this baby to the Toys ‘R’ Us you stole her from.”

His tweet was denounced by both the left and the right as inappropriate, and forced Madison to delete the tweet, as well as other related -- and perhaps more defensible -- tweets elaborating on his criticism that Sessions was using his granddaughter as a prop to inoculate himself from accusations of racism.

Madison’s tweet, while intended as satire, was perceived as hitting below the belt by mocking a member of Sessions’ family. Only Sessions and his PR team know if the decision to make his Asian American granddaughter highly visible to the public and Judiciary Committee was political stagecraft or not. That said, one wonders why Madison assumes that Sessions could not possibly have a real relationship (familial or otherwise) with an Asian child -- hence, he would have to “return” her to the store from whence she came. Reality is more complex. Sessions, who has praised the Johnson-Reed Act which created a wholesale ban of immigrants from Asian countries in 1924, has a son-in-law of Asian heritage and an Asian American granddaughter.  It is possible to have Asian friends and even relatives, and yet still be a racist.

Racism is messy and irrational. The common protest, “but my best friend is black!” is no less protection from racist behavior or attitudes than having an Asian family member. People can harbor racist attitudes, yet rationalize to themselves that their own friends or relatives are exceptions -- the “good” ones. You can be a member of one marginalized group and have no qualms marginalizing another. Some even indulge in self-hate, holding racist views toward members of their own race. President Barack Obama provided a poignant example of how some of these contradictions played out in his own life in his 2008 speech addressing the Reverend Wright controversy. Describing his relationship with his white grandmother, he said that she was “a woman who helped raise me, a woman who sacrificed again and again for me, a woman who loves me as much as she loves anything in this world, but a woman who once confessed her fear of black men who passed her by on the street, and who on more than one occasion has uttered racial or ethnic stereotypes that made me cringe.”

In a tweet that Madison has since been deleted, he brings up another point lost in the controversy. He tweeted, “Sessions has shown horrendous anti-black behavior. His love for an Asian family member does not dissuade that.” Indeed, communities of color are not interchangeable. Each has their own unique history in this country that shape how others perceive and treat them. Racism can be directed toward one group and not another, and be no less repugnant. The bottom line is that we don’t know Sessions’ relationship with his family or have any way of knowing how Sessions can square his personal interactions with his legislative stances. All we can do is judge him by his record. By that measure, and by the simple fact that his nomination to the position responsible for protecting the civil rights of all Americans is opposed by the civil rights community itself, Jeff Sessions is unqualified for Attorney General.

There’s another important wrinkle to this story. The intense Twitter backlash against Madison’s tweet is curious because of the fervor with which the conservative media pounced. Breitbart, Sean Hannity, Michelle Malkin at the National Review, and others relished in the outrage, which says more about their desperation to counter what they decry as “identity politics” than it does about a genuine concern for Asian Americans.

Many right-wing commentators cited Madison (and the left, in general) of hypocrisy and accused him of racism and bigotry for his mockery of the ethnicity of Sessions’ granddaughter. But though Madison’s tweet missed the mark, he wasn’t making fun of Asians but rather highlighting the incongruity of the image. Given Session’s record of racist, anti-immigrant, homophobic and misogynistic comments and policy positions, and his furtive attempts to burnish his record (e.g., overstating his role in civil rights cases or leaving gaping holes in his Senate questionnaire), Madison’s cynical view of Sessions’ opening act at the confirmation hearings is understandable. But conservatives would rather deflect from these substantive issues and throw back the label of racism in Madison’s face, trying hard to achieve parity, or at least add noise to the signal.

Russell Chun is an Assistant Professor of Journalism at the Hofstra University School of Communication.

Khin Mai Aung has written about Asian American issues in publications such as the New York Times, San Francisco Chronicle, and Salon, and was formerly Director of the Educational Equity Program at the Asian American Legal Defense and Education Fund. 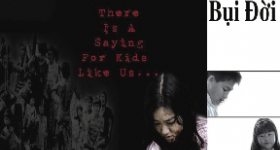 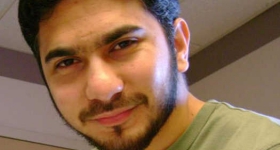 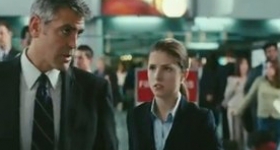