Speaking to the post-Executive Order Muslim Ban and general malaise of the American political climate, Allegiance has returned to the stage with its 2018 L.A. premiere. The musical, with lyrics penned by Jay Kuo and based on a book by Marc Acito and Lorenzo Thione, has seen a revival through East West Players’ and Japanese American Cultural & Community Center's handling of the George Takei-led Broadway production at the historic Aratani Theatre, a venue that feels especially apt given its history of promoting Japanese American culture and community.

I had the opportunity to attend a showing of the musical this month and along with it, an exclusive Q&A with several key cast members of the Los Angeles production, including George Takei, Elena Wang and Ethan Le Phong.

Part cautionary tale, part family drama but an unmistakably vital American story, Allegiance gained traction around its 2012 debut for being the first Broadway musical created and directed by Asian Americans. The significance of that distinction still rings true with the 2018 revival in Los Angeles. What seems to elevate the Los Angeles run’s cultural value, however, is its placement in the tenuous political climate of 2018: a time in which ICE raids, deportations and xenophobia all re-entered the public consciousness. I posed a question to the cast regarding the musical’s relevance today:

“Given the recent political climate, Allegiance feels astutely current in its examination of race, discrimination and patriotism. What do you hope people can take away from watching this musical?” 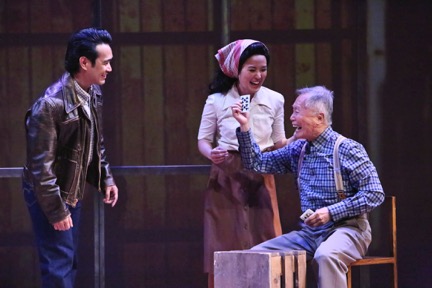 George Takei responded: “Unlike the divided nation we are today, America during WWII was a nation united in the war effort — as well as in war hysteria and racism. Alas, Japanese Americans, a small minority, were the focus of that racist hysteria. At times, the majority can be wrong. What was missing was sound political leadership to stand for the shining ideals of our democracy. In Allegiance, we share the pain, anguish and the damage done to people with whom we connect. We, the audience, become determined to prevent that kind of injustice from recurring. We hope for a nation united in its humanity.”

Lead actress Elena Wang also added: “I want them to walk away realizing history should not repeat itself. In the end, love, resolve and inclusion prevail. Even if we talk about Japanese Americans and how they felt just as American as any other American, it speaks volumes about other diversities — whether it's race, or someone with disability or gender — we are one family.” 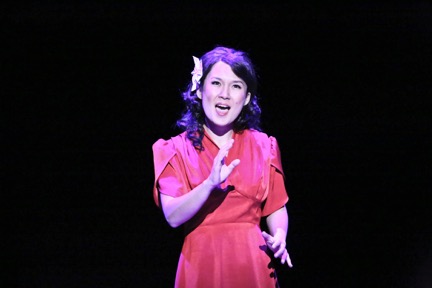 The creators of Allegiance seem astutely aware of this cultural heaviness and do their part to make sure drama and tension is balanced out with levity and humor. At the heart of the production is Takei, who, at 80 years old, still graces every line of dialogue with dignity and aplomb. His grandpa character Ojii-chan (one of two roles the octogenarian plays in the musical) steals nearly every scene he’s in with his endearing brand of cross-cultural humor.

Regarding the set design, Allegiance fully capitalizes on the Aratani’s unique blend of dynamic stagecraft and Se Hyun Oh’s warm ambient design. Audiences are seamlessly transported from spring festivals to railroad cars to dance halls within seconds, with the stage’s descending paper lanterns creatively used to double as windows, television screens, or prison cells. Dynamic as it is devastating, audiences who have not seen a modern musical in some time will be taken aback by its inventive use of staging.

It is Allegiance's story, however that draws us in as an audience and keeps us engaged. Make no mistake: there’s a lot of hurt here. Scenes of families getting ripped apart over orchestra swells evoke contemporary videos of ICE agents deporting undocumented fathers and mothers across the nation in the name of national security. The cloudy political agenda instituted by the government in the form of Executive Order 9066 is shown as both unfounded and irrational in execution. On the flipside, the diplomatic approach by the Japanese American Citizens League during internment to cooperate with the U.S. government is seen as a truly complex affair, as the real-life character Mike Masaoka (played by Greg Watanabe) walks a tenuous line between advocate and aggressor. 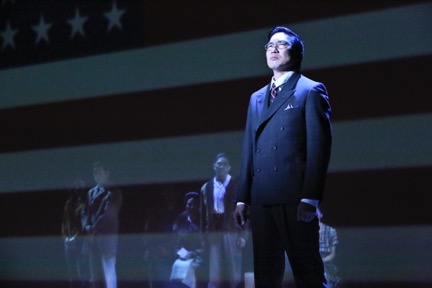 “Do Not Fight the Storm,” one of the standout musical numbers, echoes tenets of perceived Asian American passivity, a sort of sobering anti-rally for the main characters to submit to the new policy and cooperate, even at the expense of personal freedom. As beautiful as the music and dancing is, we can’t help but feel helpless as our main characters are sent to internment camps and forced to give up their possessions.

“How the hell am I supposed to be useful, if being myself is not allowed?” opines Sammy Kimura, aptly summarizing the stifling and oppressive effects of internment on the lives of Japanese Americans, including those who opted to enlist as a means of proving their loyalty to a country that willingly sent their relatives to camps. The weight of these actions, as well as the real suffering experienced by those in internment, is anything but trivialized as the musical progresses to its emotionally satisfying conclusion.

Throughout the production, I studied the looks on faces of the diverse crowd. Looks of repulsion, anger and shame populated the seats, but not without the occasional — and much needed — laughter at Takei’s comedic relief. The sentiment expressed by the crowd was an important recognition of a darker reality of American history that invites as much studying as it does scrutiny. In our Q&A, Takei reflected on his own upbringing as a vehicle to bring this experience properly to life on stage:

“Ever since my early 20s, I have been speaking out about my childhood imprisonment by my own government in barbed-wire camps simply because of my Japanese ancestry. I helped found the Japanese American National Museum, an affiliate of the Smithsonian, to institutionalize this experience of Japanese Americans during WWII. Through it all, I always had in mind to dramatize the story. Then, I met — in a Broadway theater of all places — a talented composer-lyricist, Jay Kuo, who said the story needs to be a musical. Being a musical theater fan myself, I shared his excitement about the idea.”

The excitement that became the songbook that became the stage production that was seen by over 120,000 people (and counting) is felt at the conclusion of Allegiance, as family bonds are restored and a defiant, if not hopeful, message is sent out to the world looking back at this deeply troubled era. In full recognition of the negativity and darkness, Ojii-chan chimes, “Mountains can be moved, stone by stone.” At this critical junction in our nation’s identity and future, it’s our hope that those in power and able to enact change feel the same way. 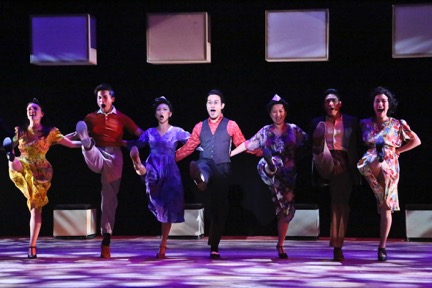 You can catch Allegiance playing at the Aratani Theatre through April 1st. 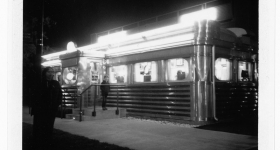 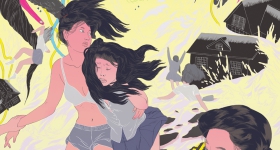