Vietnamese American poet Duy Doan, the 2017 winner of the Yale Younger Poets prize, first came to love poetry, as many poets do, by finding a poem that he was immediately drawn to as a young person. In an eighth-grade English class, Doan received an assignment to select and memorize a poem. He recalls selecting one from a chapter titled “Bad Poetry and Good” from the class’s textbook, Sound and Sense, by Laurence Perrine. It wasn’t until years later, when Doan referred back to the textbook for a class he was teaching, that he realized that the poem he selected was actually supposed to be an example of one of the bad poems. But, he says, “It's a meaningful memory because it shows that I chose it because it sounded good and it felt good, which is the first test [of a poem] for me.”

Doan was also drawn to poetry early on because of the strange possibilities the genre offered. He remembers a discussion in the same eighth-grade class about Emily Dickinson’s poem, “There’s been a Death, in the Opposite House.” He recalls being struck by the image of someone flinging a mattress into the street as the neighborhood children wondered “if It died on that.” He says, “I just remember it being so strange. That was my first memory of a poem making me feel strange. I thought that was a unique feeling to get from a piece of writing.”

This fascination with mystery and strangeness also flows through We Play a Game: the collection includes a bilingual, tongue-twisting personal ad in which a “purple-hearted bird” seeks a “youngish dog,” and a poem titled, “Love Trinkets,” where lovers learn to catch Hart Crane’s “trout’s moon whisper.” Within them, Doan deftly weaves together personal narrative, myth and history — and weds freeform lyricism to a skillful use of received forms such as the pantoum.

Doan says he started out writing the poems in We Play a Game “innocently” and didn't conceive of the collection in a particular way. Instead, the book grew from a collection of individual poems into its present form over time. 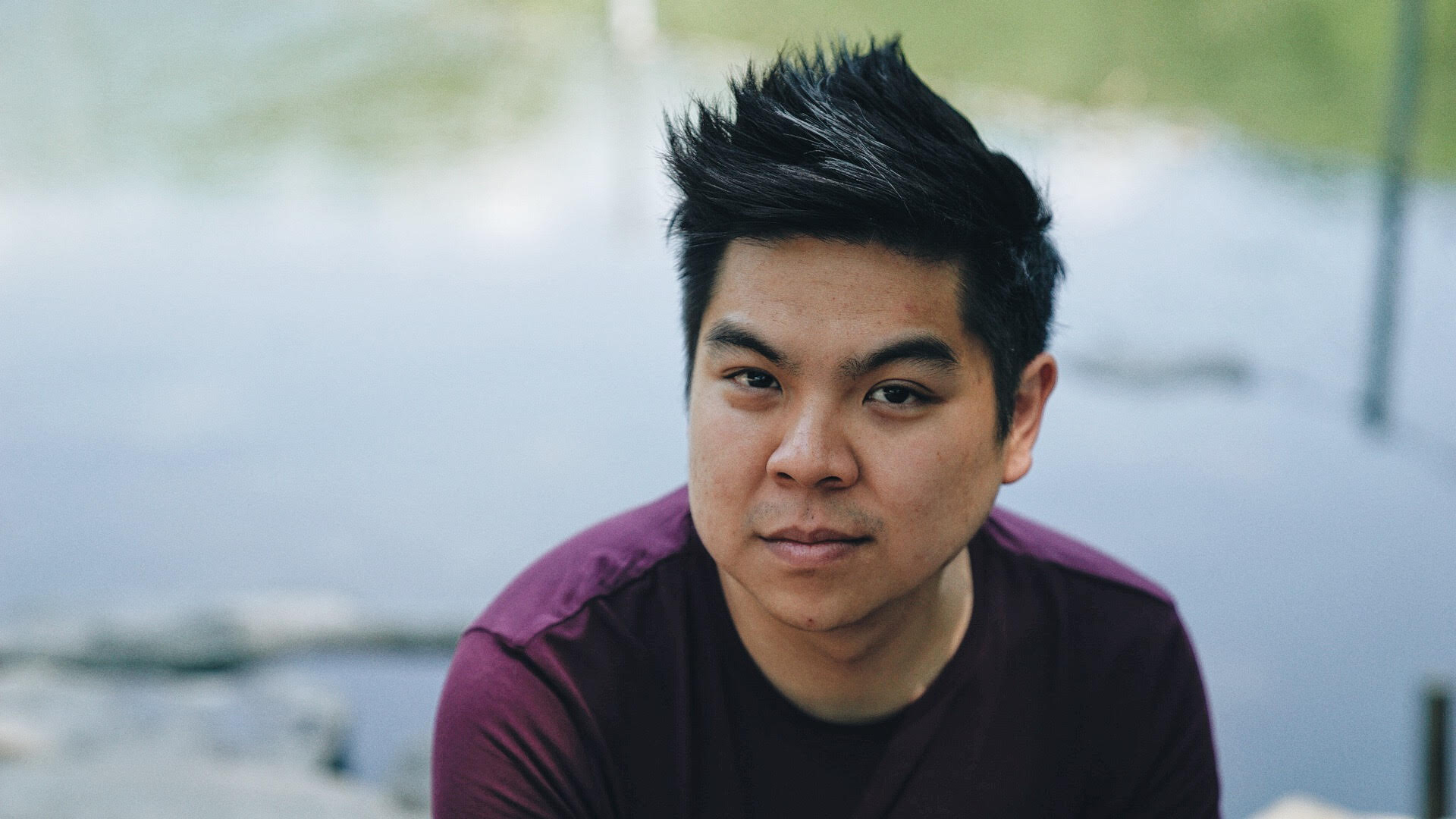 He first titled the manuscript First-Person Plural after one of more personal and thematically important poems in the collection, but it didn’t feel quite right. His next impulse was to title it after the first poem in the manuscript, We Play a Game Using Tomatoes, because he felt it might be a strange, interesting title for a book. However, that also didn’t feel entirely right either, he says, “because that was a poem about performing misogyny and homophobia to pass, to get by.” After a conversation with a friend, poet and translator Laura Marris, he decided to shorten the title to We Play a Game because he felt that it covered the many different kinds of games the poems address, such as soccer or those that lovers or siblings play: “bonding games but also games of exclusion and cruelty,” he says.

The impulse to divide the book into sections, Doan says, came early. Although he was certain the book should be broken up into sections, he wasn’t interested in entertaining the kinds of binary-opposition questions that he felt a two-part collection would raise, such as, “What’s in one section that’s not in the next? “Are the two sections mirrors?” or “Is it a tale of two halves?” Three sections felt intuitively right to him, and he drew the words for each section after words in poems included in the section. Doan says he was happy with the narrative arc that the three terms created: “Ca, Tìm, Mà: Sing, Search/Find and But/Although.”

“That arc reminded me of the progression of poetic discovery,” he says. “You start by singing. I would consider singing — as humans, as social animals — one of our most natural impulses to create. It’s very bodily, it’s visceral — birds sing, but we have cognition and awareness: we sing, and maybe then after awhile we’re looking for something through that singing. So then we’re looking, and maybe we find something. When we get to the discovery, it might be contrary to what [we] thought. It could be unexpected; it could be unpleasant, even. And that’s like the ‘But’ or ‘Although.’ I was happy with that arc because it reminded me of the arc of discovery in poetry.”

Doan initially grouped the poems according to subject: love/eros, animals/soccer/miscellaneous and family. His chief concern was maintaining formal variety within sections, but he admits, “I don’t think I knew what I was doing when I was ordering the manuscript.”

Carl Phillips, the series judge of the Yale Younger Poets Prize, offered to help. Working with Phillips, Doan says, helped him immensely, particularly in considering the thematic connections between poems and how the order of the individual poems could shape the book as a whole. As a result, Doan began to see the movement between poems more dynamically: as conversations, juxtapositions and narrative progressions. In the book’s final configuration, he says, “I had family poems right next to love poems right next to soccer poems next to animal poems.” Phillips remarked that the new arrangement enacted the way memory works — not linearly but in many directions.

As he was ordering the poems within the sections, Doan says he wanted each section to begin with a bilingual poem not only because it was important to his cultural identity but also because he wanted to “showcase how beautiful and complex the [Vietnamese] language can be.”

For Doan, the Vietnamese language is a way of connecting to his family and heritage after having spent so much time living away from home. A term that Doan says he thinks about when he’s thinking about his relationship to the Vietnamese language is tội nghiệp, “a term of empathy, [and] acknowledging someone’s misfortune or suffering,” which he uses in the title of one of the poems in the third section, “Tội Nghiệp, cat.” A person might hear an uncle say it to an aunt who has just received bad news over the phone about a loved one, Doan says, or a grandmother might say it about seeing a person struggle to cross the street. Although Doan doesn’t feel as if he can make any linguistic or anthropological statements about speaking in Vietnamese versus speaking in English, he says, “it hasn’t escaped my attention that we have this expression [in Vietnamese] not only to express compassion — but to feel it, you know?”

Tội nghiệp is the name of his cat in real life, Doan says, and it’s also a term that his partner has begun to use too even though she doesn't speak Vietnamese. It’s proof that they’re close, he says.  The word is also embedded in an important personal memory for Doan; when he and his partner were having a commitment ceremony, he handwrote invitations to all of his relatives in Vietnamese. Doan says he knows how to write Vietnamese characters, but his writing might look “clunky” to a native speaker and writer.

“I don’t have a full grasp of Vietnamese, but the things I do know places me in a community,” he says.

He recalls that when he saw his aunt for the first time after many years, she came up to him, hugged him and said, “I received your invitation” — and she used that term, tội nghiệp.

“In Vietnamese, she was like, ‘that invitation made me love you even more,’” Doan says. “She said tội nghiệp because she acknowledges that I’m trying; I don’t have the fluency, but I’m trying to be connected to my roots somehow.”

In his foreword, Phillips suggests that the governing theme of the book “is the impulse toward transformation (as opposed to the actual attainment of transformation).”

One might consider this book as a whole; as an invitation to transformation, whether it’s through the games of hide and seek in romantic love, through the twisting of tongues inherent in living between languages or through the songs that keep singing us into the startling strangeness of poetic and personal discovery. 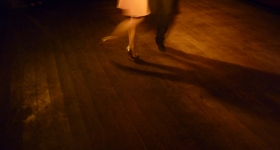