WRITER ED LIN has a knack for writing about characters that inhabit the underside of the Asian American Dream. In his first novel, Waylaid, the main character is a 12-year-old Chinese kid who helps his parents rent sleazy motel rooms to hookers and Johns on the Jersey Shore, while playing Atari and obsessing over getting laid. The slim novel captured the angst of being an outsider kid and the gritty life of working class Asian Americans. The hero of his new novel, This is a Bust-set in New York City's Chinatown circa 1976-is a rookie cop with a bad case of problems. He's the only Chinese guy on the force in Chinatown, and a serious alcoholic to boot.

Because of his brash, unapologetic subject matter, I sort of expected Lin to be morose and serious. But he was actually a bit goofy, with a loud infectious laugh that boomed around the little coffee shop in San Francisco's Nob Hill, where we met while he was in town from New York City. He was more interested in cracking bad jokes and talking about his obsession with music than focusing on his career as one of the most original Asian American writers today.

Lin, now in his mid-30s, was born in Queens, but his family moved to Jersey when he was 3 years old. A few years later, his parents purchased the sleazy motel, which he so memorably used as his model in Waylaid. But Lin says the real one was considerably worse. "I had to make Waylaid a bit more tame. That place was really crazy. People would get into huge fights there. They would get in their cars and try to run each other over," he says, laughing.

Lin's parents sold the motel when he was a sophomore in high school and the family moved to Williamsport, PA-a town that Lin refers to as a "garbage dump" for its racist ways. Yet, the move helped jumpstart his writing.

"Moving to Pennsylvania, that was such a schism in my mind. I almost had to create another identity to talk to myself," Lin says.

After high school, Lin escaped to New York City. He double-majored in applied engineering and literature writing at Columbia University. Since he was already writing for the university paper, he decided to go to journalism school and has been working as a financial reporter and editor ever since. But even though he didn't get an MFA, he took many writing classes in and out of school.

"Some people really liked me, some really hated me," Lin says. "I remember this one professor at Columbia just hated my guts, man. It kind of helped. I am a negative reinforcement kind of kid. If they hate it, I'll be like 'I'll show you!'"

After college, Lin focused on writing novels. He had a few false starts, but then, Lin's cousin-whose family also ran a motel in Jersey-committed suicide.

"I was like: 'God, this kid grew up in the same circumstances as me,'" Lin says seriously. "I remember going to his funeral. Right after that, I put the basics of Waylaid together in three months."

But the mainstream publishing world wasn't quite ready for such a bold novel. Most publishers told Lin he should tone down the sex and that he was crazy if he thought anyone was going to publish the book. But Lin felt as though he couldn't make any changes.

"All the sex, racism and homophobia had to be there," Lin says. "I was just trying to keep it as real as possible."

After a year or so of rejections, Lin met Sunyoung Lee, the editor of the small, Asian American focused Kaya Press, who decided to publish it. Waylaid went on to some acclaim, including winning a Reader's Choice Award from the Asian American Writers' Workshop.

"I don't speak Mandarin that well, so I don't even try to speak it in Chinatown. This freed it up for people to talk about me," he says. "When I would get my hair cut, I could hear the lady talking about me. She would say: "This isn't Chinese hair. It's all curly. What's wrong with this guy?"

Lin was amazed at the way he was so alienated from the denizens of Chinatown, even though he looked just like them. "I became really interested in that idea. I thought: How could I possibly be more foreign to them?" Lin says. Then he figured it out: A Chinese cop would be the biggest outsider of all.

This is a Bust, also published by Kaya, is part murder-mystery, part downward spiral. Officer Chow is an angry, recently returned Vietnam vet with a major drinking problem, assigned only to represent the force at various Chinatown banquets, when in reality the relationship between the immigrant communities in Chinatown and the police force-like today-is nonexistent. Chow is a real anti-hero, with his anger and drinking so out of control that it's painful to read. There are moments in the book where the despair is so tangible that this reader found herself yelling at the pages. But he is balanced out with a grand cast of characters, including the unforgettable Chinese midget who has never lost a game of chess in his life. Somehow, through the harshness and the intrigue, Lin's book reclaims Chinatown from the clutches of writers who have been exotifying this enclave for the past 20 years. There is nothing exotic about what Chow goes through and how he handles himself through much of the book, but it is moving.

Lin says that his relationship to Asian American literature was not an especially friendly one. "There was this time in the early '90s when the Asian American books coming out were just so fucking bad," Lin says, cringing. "They would like physically hurt me when I saw them. Actually, going back in time, the stuff from the '5Os and '60s was a lot more acceptable to me. Joy Luck Club was a huge breakthrough and then it sealed the door. It was kind of like Bruce Lee coming out and then having everything after it have to be about Kung Fu."

At the end of the day, Lin just wants to keep writing, putting out stories that he thinks are important to the larger world, not just one specific community. 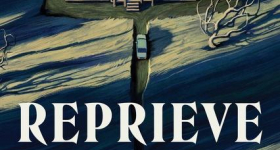 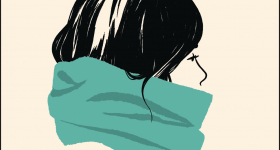