A revamped cokkstove aids refugees and saves the environment.

AS A SENIOR scientist at the Lawrence Berkeley National Laboratory (LBNL) in California, Ashok Gadgil never experiences a dull moment. For Gadgil, working in the Environmental Energy Technologies Division at LBNL is the fulfillment of his dream to use science as a way to help people in need.

Born and raised in Mumbai, India, Gadgil was strongly influenced by his parents, who "encouraged curiosity about everything." "As a child and teenager, I was passionately interested in physics. I was not interested in engineering as it seemed to not answer deeper questions about nature," Gadgil explained. "That changed when I realized that much of humanity lives under abysmal conditions."

On the day that the U.S. Agency for International Development called, Gadgil wasn't nervous, but excited. When they asked him to come up with an innovative way to turn garbage into biofuel to aid refugees in Darfur, Sudan, Gadgil rose to their challenge and came up with a twist: remaking the cookstove to improve its cooking efficiency.

Many Darfurians suffer from starvation and poor nutrition. Darfur rests on arid plateaus, plains, and low hills of sandy soil-not the most ideal place for lush agriculture. A result of war crimes and crimes against humanity, the Darfur conflict began in 2003 because of growing tension between ethnic groups and the Sudanese government. The conflict escalated quickly after rebel groups-believing that the Sudanese government and Janjaweed militia group were oppressing black Africans and favoring Arabs-attacked government targets. Since then, many more rebel groups have formed and the violence persists, leaving 2.2 million refugees with little hope in the face of drought, desertification, overpopulation and famine.

As a consequence of the conflict and environmental ruin, women from the refugee camps must travel long distances-an average of seven hours by foot-to gather firewood for cooking food, leaving them susceptible to attack and rape by militia and government soldiers. Out of concern for safety, meals are often skipped, and food is sometimes traded for firewood.

Gadgil believes that the more efficient cookstove will lessen-and hopefully eliminate-hazards posed to Darfurian women and the environment. "We are thrilled that we have got a design that performs well in the field, and is warmly accepted by the refugee women," Gadgil explained. The new design allows Darfurians to gain more energy from each gathering of firewood and allows the environment to recover from the damaging effects of the Darfur conflict.

When he began remaking the cookstove for Darfur refugees, Gadgil started by studying already existing cookstove designs. "The idea was not to start from scratch-since urgent relief is needed for Darfur," Gadgil said. "One particular design that happened to be from India performed better than the others." The Indian cookstoves, which were tested in the local refugee camps in the Darfur region, were more cost-effective and could be made from local materials.

With the addition of a windscreen, testing revealed that the new cookstove could withstand strong winds of up to 6 miles per hour and also provide a high-intensity flame, ignited with 75 percent less firewood than traditional three stone fire stoves commonly used in Darfur. In the traditional design, three stones are placed in a triangular figure with fire in the center, and a metal plate is laid over the stones to cook food.

When tested by the refugees, it turned out that the new cookstove-by eliminating wood and reducing cooking time-enabled women to rest and put energy toward income-earning activities, such as the production of handmade goods.

Approximately 350,000 stoves are needed for refugees in Darfur. In order to meet this need, Gadgil's team will need to set up a production shop and train local Darfurians to make stoves at a cost of $65,000, excluding the cost of working capital for inventory.

"One workshop like this can produce 100 stoves per day, or 25,000 stoves per year [working 250 days a year]," Gadgil explained. "Each stove relieves the agony and extreme distress experienced by a household of five refugees, so this is an enormous kindness we can do for other human beings who are in very, very difficult situations."

Amber Hsiao is an editor and writer based in San Jose, CA. A recent University of California, Berkeley graduate who studied public health and communications, she is particularly interested in health policy as it relates to minority populations. 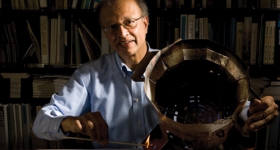 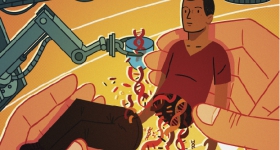