There are a lot of stereotypes about Asian men, mostly that women don't find them sexually desirable and that they have small ... well, you know.

Hung says he's not pursuing studio work now and plans to focus on the website, which launched earlier this year. On the beta site, most of the women appear to be white, or at least non-Asian, though Hung says future videos will feature actresses of all races. His goal is to eventually recruit other Asian American men and help funnel them into the industry.

Hung promises more of the same and believes that if his site is successful, "we won't have to ask the question: 'Why do you like an Asian guy?' " - Harry Mok 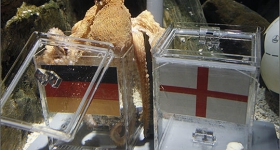