It’s no secret — college students have sex, and in recent years, more college newspapers and student bloggers have been writing about their experiences between the sheets. For three Asian American college sex columnists, Zoe Yang, Nadia Cho and Lena Chen, writing about sex was an opportunity to open up about a variety of issues. However, their writing also brought them Internet fame and notoriety, as each has faced harsh criticism and harassment from readers. The three writers offer their thoughts on why they became sex columnists, sex-negative culture, and the real-life consequences and responsibilities that come with detailing your sex life for the world to read. Turns out, it’s not all cosmopolitans and Jimmy Choos.

Zoe Yang
Writer of the Zoe Has Sex blog
Former Between the Sheets sex columnist for The Student Life
Pomona College, Spring 2008

Before becoming a sex columnist, Zoe Yang read sex blogs as a substitute for the sex education her traditional Asian family failed to provide.

Blogs like Belle de Jour and Postmodern Courtesan, both written by sex workers, helped to shape her sexuality and confidence.

“As an Asian American woman, growing up was full of insecurity about how I fit into standards of beauty. I just thought it was so cool that these intelligent women were talking about sex — I just wanted to be part of it,” the 26-year-old Boston native said.

Toward the end of Yang’s senior year at Pomona College in Claremont, CA, she applied to be a sex columnist at the school’s newspaper, The Student Life.

She said her column was “very personal” from the beginning.

“I had always intended to use myself as a prism for the types of sexual issues that came up,” Yang said.

In addition to her column, she maintained a more explicit blog, Zoe Has Sex, in which she also discussed race and her relationship with her parents.

Yang had her “breakout moment” after she wrote about roleplay she had with a partner. In it, Yang was a Vietnamese prostitute, he a Vietnam War-era GI.

Criticism of the column was overwhelming, particularly from women of color on campus. They claimed her words supported racial inequality and oppression.

“It might be a fantasy for you and your GI Joe white male but what you described as a fantasy, is actually a scenario that has played out in reality over and over again, and not just to Asian women,” one woman of color at Pomona College wrote in a Facebook message to Yang in April 2008. “The rape of [women of color] by white army men is very real. VERY REAL.”

There were a few commenters on her blog that showed support for her and the topics she chose to tackle.

“As a white person, clearly I can’t understand all the complicated emotions that you’re writing about,” one anonymous commenter wrote in April 2008. “And I see how your generalizations have gotten you in trouble. But I do think that this kind of sex writing is more productive than superficial things like casual hook-up etiquette, and I hope this won’t scare you off from continuing to tackle complex and dangerous subjects (with sensitivity).”

Yang published an apology for presuming to speak for the community. “What I meant to express, clumsily, is that it’s OK for a woman of color to explore her confusion when oppressive realities invade fantasies — where pain invades pleasure,” she wrote.

Yang’s blog traffic continued, but so did online harassment. Even after she graduated and got a job at a management consulting firm on the East Coast, anonymous users spread rumors about her getting fired. Even though the story on role-play had been years past, the harassment continued.

In the past year, Yang has stopped writing publicly on her blog. The harassment died down. While she doesn’t regret the experience, saying the blog was an incredible learning experience that jump-started her feminism, she has advice for aspiring sex columnists or writers, especially women.

“Think twice about using your real name,” she said. “For a woman … there will be consequences.”

Amy Sueyoshi, an associate dean at San Francisco State University who has taught and written about Asian American sexuality, says it’s possible to write about sexuality as an Asian American woman without fear of repression — but columnists should be aware that there are larger societal issues that may factor into the response.

“Misogyny is at play here…and it’s also interlaced with racism,” she said.

Sueyoshi thinks perceptions of Asians — and the misogyny — are changing, with greater visibility of Asian Americans’ sexuality. To increase the progress further, Sueyoshi says people need to be more open to talking about sex.

“It’s the same work that always needed to be done,” Yang adds. “How to promote safe and enjoyable sex for all women. In the Asian community, there’s even more silence and unease than in traditional white communities.” 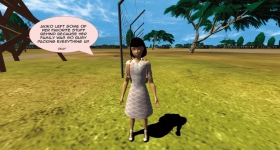 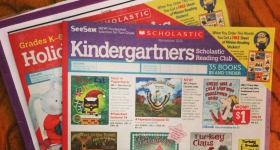