Two half-hour magazine-style shows, a reality show and a network marketed toward English-speaking Asian Americans have debuted recently, hoping to cash in on the Asian-pop trend and on a demographic group that has always been economically attractive.

“Almost as if by magic, a cavalcade of programming has emerged,” says Jeff Yang, former producer for StirTV, an Asian American magazine show that debuted in the San Francisco Bay Area and on the International Channel in March 2004.

Much like the influence of African American and Latin American trends in the ’80s and ’90s, things Asian—from anime and martial arts movies to Asian food—are moving to the forefront of American culture this decade.

New immigrants and Asian Americans import many pop culture influences from Asia before they are spread to a wider audience. Crouching Tiger may have been the tipping point, and the mainstreaming of Asian pop “has dragged Asian Americans along with it,” said Yang, who also founded A. Magazine.

StirTV says it’s “the first show for and about Asian America’s next generation” and features six hip twentysomething hosts. The other magazine show, Pacific Fusion, which “explores the diversity and flair of Asian Pacific American people,” seems to be gunning for a slightly older audience and is hosted by former Miss Universe Brook Lee.

And ImaginAsianTV calls itself “America’s first 24/7 Asian American Network” and features subtitled movies and TV shows from Asia along with original programming.

“In this decade, it makes sense for there to be more programming for Asians,” says David Chu, vice president of programming and acquisitions for ImaginAsianTV. “Asian Americans are the fastest growing—though relatively small in number—but still fastest growing group.”

Advertisers looking at the demographic numbers see that they can make money and have come to the “realization that Asian Americans are prevalent in society and not so invisible anymore,” says Daniel Morii, executive producer of Pacific Fusion.

However, there is no homogeneous “Asian American” group, and many media outlets trying to crack the Asian American market—such as A. Magazine—have gone out of business. (But Hyphen is still going strong!)

“It is a bit of a fractured market and the struggle is to find commonality,” said Mike Sherman, general manager of Asian-language TV station KTSF in the San Francisco Bay Area, which co-produces StirTV with the International Channel.

Despite the obstacles, “There is a sense that there’s money to be made here. We’ll see what happens,” Yang says.

Where: KRON in the San Francisco Bay Area, KHON in Hawaii

Where: International Channel and KTSF in the San Francisco
Bay Area, KHNL in Hawaii, KSCI in Los Angeles, SINO in New York 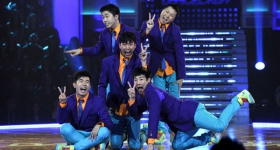 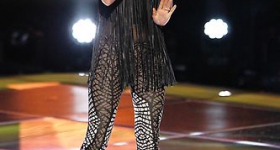