One commonly-used measure of health and obesity is the body mass index, or BMI, but it may actually be a poor measure of Asian American health, according to recent studies.

But before you break out your calculator, where do Asian Americans and Pacific Islanders fit in? Here’s a run-down of what we do know.

Guidelines on what BMI values are considered healthy, overweight and obese should actually differ based on one’s ethnic background, nutritionists say.

“There is no evidence to establish the BMI as valid and reliable for Asian Americans, or not valid and unreliable,” says Gem Daus, policy director at the Asian and Pacific Islander American Health Forum, based in San Francisco.

Depending on body type, a BMI generally considered healthy may actually be unhealthy in Asian Americans.

In 2000, the World Health Organization (WHO) issued new guidelines for determining obesity in Asians due to the generally smaller body size and lower average waist circumference of Asians. Based on data from Chinese living in Hong Kong and Singapore, WHO determined that a BMI of 23 means a person is overweight, and a BMI of 25 or more is considered obese. However, these values may change based on further studies.

More important than BMI though, is what percent of a person’s body is actually fat, and how that fat is distributed on the body.

In addition, a person’s figure contributes to potential risks. Those with apple-shaped figures have more health risks than those with pear-shaped bodies, according to the British Journal of Nutrition. Those with more fat concentrated in the midsection are more prone to diseases like hypertension and diabetes than those who are pear shaped, and there is some evidence that Asians preferentially deposit fat in the midsection as opposed to the hips and thighs.

“Body types vary by ethnicity,” says Daus of the Health Forum. “‘Apples’ tend to have more risk for cardiovascular disease than ‘pears.’ Asian women tend to be more ‘apple’ shaped.”

While it’s considered a more accurate way to determine obesity in Asians, there seems to be little data on Asian Americans and Pacific Islanders, and WHO says still more research has to be done on Asians in Asia. For multiracial people, obesity may be even more difficult to define. While genetics might allow for a broader range of body types, UCLA’s Dr. Marjorie Kagawa-Singer says race is a scientific myth, and overall health is more affected by environmental differences than genetic differences because humans have evolved to accommodate their environment —A.C. 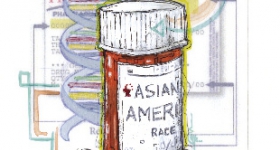 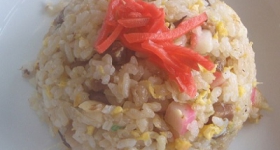