A recent study published in the New England Journal of Medicine may help unravel why some racial groups show greater sensitivity to certain drugs. Researchers at the University of Washington in Seattle and Washington University in St. Louis studied the genetic makeup of patients on the anticoagulant drug warfarin, prescribed to prevent blood clots after heart attack, stroke or surgery.

Some doctors have grown cautious about prescribing warfarin, which goes by the brand name Coumadin. Ten percent of people hospitalized due to adverse drug reactions are treated for overdoses of warfarin.

Using new gene sequencing technology developed for the Human Genome Project, the study matched variations on a certain gene to warfarin doses and found that people with a particular genetic variation tended to take similar doses of the drug. The study found that 90 percent of Asian Americans carry low-dose versions of that gene.

The implications of this study for drug safety are far-reaching. This new technology may enable faster, safer drug prescription in the near future, that bypasses racial markers.

Adverse drug reactions kill 100,000 and affect 2.1 million Americans each year. Doctors currently rely on sex, age, weight, and medical history to set dosages of drugs like warfarin. In addition, genetic differences that affect drug sensitivity—such as differing enzymes or differing production of proteins targeted by drugs, or even differing levels of body fat—are often linked to race, although some doctors feel that race is too crude a marker for such genetic variations.

Until then, Asian American patients should ask their doctors if ethnicity might affect their sensitivity to drugs they are taking. Asians have shown different sensitivity, compared to non-Asians, to many drugs, including codeine and morphine, alcohol, the heartburn drug Prilosec, targeted cancer drugs like Iressa, blood pressure medicines Inderal and hydralzaine, tricyclic antidepressants, antipsychotic drugs such as Haldol, and the cholesterol-reducing drug Crestor. —Claire Light 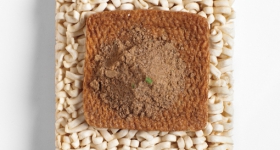 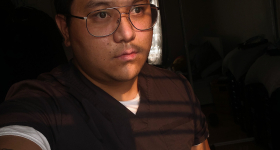 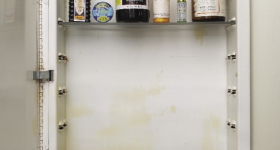