Documentary 'The Recess Ends' Gets Folks Talking About the Recession

Traveling the country by car, the brothers Chu go from state to state (seriously, they hit up a lot of states),
talking with a diverse swath of Americans about how they're making ends
meet in the current economic downturn. From elementary school students
in Queens, NY to legendary civil rights activist Grace Lee Boggs in
Detroit, MI to an unemployed mom in a small Florida town, everyone has
a story to tell. And it's not just about their wallets; they share how the recession is affecting their relationships, their goals, and their outlooks on life.

While watching the film, my inner film critic couldn't help but think, "This interview could be shorter," or "The scenes should have been organized differently." But they were lil' gripes made irrelevant by the genuineness of the film and its mission. To get me to ignore my anal-retentive film-viewing ways is a feat in and of itself.

The bleak images of foreclosed
homes and job loss gradually brighten as the film shifts to themes of
community, service, lifelong dreams, and a sense that people can, and
will, rebound quicker than the economy. While some Americans may feel like crawling into fetal position until financial markets stabilize, others are taking the initiative to strengthen their communities, turning to grassroots organizing and thinking of their neighborhoods as something to invest in. As Boggs says during her interview, "The American revolution is gonna be different from other revolutions. Because it's gonna require us giving up things rather than acquiring more things."

One of the admirable traits
of this documentary is its apolitical stance. While references to
President Obama and interviews with politicians appear, there's clearly
no agenda aside from capturing how people maintain their spirit in
tough times. After all, the
recession hits every average American regardless of political
affiliation or beliefs. There's also a noticeable lack of demonizing of
the banks and Washington. It's just not that kind of film. And
sometimes that's what we need.

Check out the official blog of The Recess Ends for video clips, info, and updates.

A second screening is scheduled at the Victoria Theater in San Francisco on November 20. Learn more about the event here. 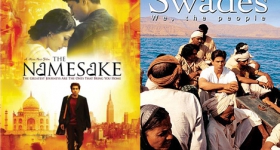