Microsoft's Kin ad has sparked a bit of a controversy.

The scene: a hipster hoedown.

The people: young, fun-loving, and socially networked. Primarily white and heavily bearded, but it's a hoedown after all.

The one Asian guy: sexting?

The ad briefly features a young Asian man lifting his V-neck tee and flash-photographing the goods below his plunging neckline. He smiles, handily flips his Kin open, and texts his self-portrait to a special girl. She appears to be quite charmed.

After Consumer Reports called the ad "downright creepy" and said it "comes uncomfortably close to advocating sexting -- as in the sending of nude photos via cell phone." Microsoft has edited the "upshirt" shot from the ad on its Kin site.

This isn't the first time Microsoft's gotten in trouble for its advertisement. Engadget recently called Microsoft Poland out for its "racist" and downright terrible Photoshop job in replacing a black man in a stock image with a white man.

While the Kin ad wasn't quite as inflammatory and embarassing, Microsoft has since apologized. According to Mashable, a Microsoft spokesperson said, "Microsoft takes the issue of sexting very seriously and it was never our intent to promote it in any way," and that the texting sequence "did not come across in the spirit with which it was intended."

Here's the original ad -- what do you think? 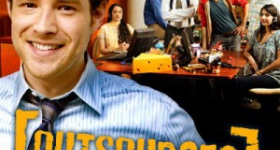 Who exactly made up the "public" who were disturbed by this ad? Critics from Consumer Reports...?

I can rationalize why there would be some controvery with the sexting portion of this commercial.  To be honest, I was more creeped out by the yuppy hoedown and the accompaning music in the ad.  To me, I saw a dude who thought it'd be witty to take a shot of his abs and send a copy of said picture to his special lady friend. Had she been disturbed by the receipt of the picture on her new techy device, then yes, I would confirm the sentiment of creepiness.

Despite all that, I don't know about you, but I kinda want to check out the Kin :P

A) Sexting is only controversial as a behavior among minors.  To me, the hipsters in this ad read like adults--well into their 20s, so there was really no reason for Microsoft to apologize about a hot-button issue.

B) I agree with Anonymous--a male ab shot is hardly sexting.  And even if it were, it's still firmly in the flirting zone of "sex".  It's a far cry from anything that could be construed as obscene or over the line.

C) I think it's likely that Microsoft was actually trying to show an Asian man in a positive light.  He's cute, stylish, has good abs, and clearly has a female love/sex interest who is clearly of age and age-appropriate, and who is obviously delighted to receive a cheeky photo from him.  It's kind of a far cry from the effeminate, degenerate sexual predator stereotype, even if MS was kind of ham-handed about it, isn't it?  Also no sign of any sexless nerd or model minority stereotyping.

Acknowledging that young adults send flirty pictures of themselves to their girlfriends/boyfriends?  Sorry--not offensive.  I'm sure it (and far less family-friendly activity) is one of the top uses for mobile devices, and Microsoft was just trying to find a cute and non-threatening way to tap into that aspect of mobile users' lives.  And given the choice of casting and the specific situation shown here, I can't figure out what there is to be concerned about in the portrayal of the Asian guy.

The thing that offends me about this ad is the hipsters.  I can't stand their overly ironic joy in appropriating less privileged subcultures.

yeah, I gotta say, I was annoyed that everybody was white except the token not-effeminate-asian dude with abs and the token having-an-interracial-relationship black dude with the weirdly platinum blonde.

token. diversity. not the same.

Not to put myself in a position to defend MS, this product, or hipsterism.  Because I don't have many postive feelings about any of these.  But:

Aside from the band, there are 4 "main characters" in the ad.  Two are not white.  One is probably white, possibly biracial.  The other one, the blonde, is most probably white.

As for the audience, it's hard to say, given the video quality of this clip, but I saw at least one other Asian guy, and a woman who looked black/Afro-Hispanic/mixed race.  And a bunch of those "white" people could just as easily be Hispanic, Middle Eastern, multiracial, etc.

So in terms of diversity, I'd say that this casting director tried harder than most. Hipsters, at least in NYC, can actually be phenotypically fairly diverse, but regardless of anyone's actual genetic makeup, the scene and all of its members "scan" culturally as white (just like a lot of Asian Americans, who are disproportionally represented among hipsters, or so it seems to me).  So perhaps, even though 2 out of 4 featured characters in this ad are not white, they seem like tokens because the subculture shown here is presumed white.

And this gets us into the unending and thorny questions about whether "white" is a culture, especially when more and more people of color, especially children of immigrants, share the same tastes and behaviors as white Americans.  Are these kids "acting white" (implying that they are pretending or aspiring to something that they are not rather than just taking their place in/inheriting the mainstream), or is it just time to start dismantling the whole notion of "acting white"?