28-year-old Cinda Danh was born and raised in Lynn, MA. Over those 28 years, not one single candidate has ever knocked on her door. Nine months into her campaign for Ward 6 councilor on the Lynn city council, she’s knocked on 15,000 doors to date. For many, she is the first one to ever come speak to them.

After winning her primary last month by a resounding margin, Danh will advance to the general election this November, facing off against the council’s incumbent, Frederick “Fred” Hogan. She attributes her victory at the polls thus far to her campaign’s ground game, knocking on the doors of families she wants to represent — ones that look much like her own.

Danh is the first Asian woman ever to run for Lynn city council in a city home to the third largest Cambodian American population in the country. Despite the sizable Cambodian, Indian and Vietnamese populations in the city, Danh says elected officials have largely ignored the needs of Asian Americans families in the community.

“When people run for office, they focus on the super voters. They see Asian Americans as submissive and passive,” Danh said. “I just don't think that they think Asian Americans matter politically. So there's no outreach because they already have their base.”

Danh’s opponent, Fred Hogan, is a well-known community activist in Lynn. Hogan was appointed to the council earlier this year, replacing Peter Capano, who was elected to the state legislature last November. Capano is a mentor of Hogan, and the two co-founded Lynn’s Stop the Violence Initiative together in 2013 to address gun violence in the city.

By trade, Hogan is Grade 2 wastewater operator and site safety coordinator for the Lynn Wastewater Treatment Plant. Before being appointed, he also used to coach football at Lynn Classical High School. In spite of his lack of policy background, his work with youth in the community makes him a popular figure. Danh says opponents were shocked by her audacity to run for the seat, challenging her by saying, "How dare you run against Fred Hogan? He could be a great ally." Unshaken, she believes, "The reality is people of color don't need any more allies. We need people with real lived experiences."

But those tides seem to be changing, especially in the greater Boston area. The region has been a recent hotbed for AAPI women in government. In 2015, then 27-year-old Nina Liang became the first Chinese American city councilor in the nearby city of Quincy. Last November, Tram Nguyen of the neighboring Essex District became the first Vietnamese American woman in the Massachusetts Legislature. And in Boston itself, Michelle Wu made history as the city’s first Asian American councilor and the first woman of color ever to serve as the council’s president.

I'm so over having imposter syndrome. I'm ready to just own it and bring power back to our people.

Danh herself is the daughter of Cambodian genocide survivors who immigrated to Lynn in 1988. She was raised in a house her parents owned until 2011, when Danh’s father unexpectedly lost his job. The family faced foreclosure, hurting a household that was already struggling to make ends meet into a crisis. A community college student at the time with a part-time job, Danh faced many obstacles in her efforts to help her family navigate the complex and overwhelming foreclosure process. The experience opened Danh’s eyes to the systemic injustices facing low-income homeowners who often were not informed of their rights.

Seeing how many other families in her community were facing similar situations, Danh launched herself into the world of government and advocacy. After an internship in the Massachusetts State Legislature as a Asian American Women Political Initiative fellow, Danh went on to serve as chief of staff for State Representative James J. O'Day, then became a government relations specialist for Preti Strategies before returning to Lynn to launch her bid for Ward 6 city councilor this past February.

Should she win next month, her victory would be historic not just for Danh, but also for the community that has rallied around her. However, that responsibility is not without its own pressure.

“Ward 6 is filled with so many underrepresented communities that actually have hope for the first time. Having that type of expectation weighs a lot on me,” Danh said. “It makes me so happy and excited that they trust me and believe in me. I want to make sure that I get there and that they're well represented."

That passion has pushed her to emphasize government accessibility and transparency in her campaign, focusing on uplifting community members who have been marginalized in her city and bringing light to their perspectives. “We need to get more people engaged and to know that they have a voice. Their lived experiences [have] so much power, and we need to bring all of those experiences to the forefront of policymaking,” Danh said.

Her platform is centered on empowering her residents’ self-sufficiency through equitable economic development in support of working-class business owners and affordable housing through inclusive zoning.

If elected, Danh will surely stand out in the council chambers. Currently only one of the 11 councilors is a woman, and Danh will be the youngest councilor by nearly two decades. When asked if she found the prospect of working with a council that looks so different from her at all daunting, she responds, "I'm so over having imposter syndrome. I'm ready to just own it and bring power back to our people." 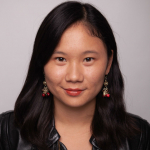 Lacy Lew Nguyen Wright is the creator of Ballot Breakers, a website series interviewing young progressive candidates running for office and has featured over 50 candidates representing young people’s perspectives in government. She was previously an Editor-at-Large at Huffington Post. Her writings can also be found on Elite Daily, The Moviegoer, The Bottom Line, and HelloFlo. Lacy is based in whichever coffee shop has the best mocha. 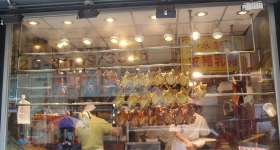 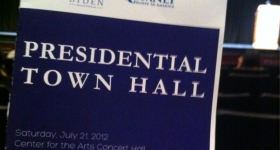