He tweets funny somethings that put the “wit” in Twitter, and with over 1.6 million likes on Facebook, he certainly puts the “ace” in Facebook. George Takei, the actor who played Sulu on the TV series Star Trek from 1966 to 1969, an irregular regular on The Howard Stern Show and an active member of the Asian American and LGBT communities, has hit a nerve (and all your funny bones) with his social media presence.

It’s only been a little over a year since he’s joined both, yet he’s managed to garner the attention of people from all walks of life, which was what he had hoped to achieve. Takei highlights his two major issues, the internment of Japanese Americans during World War II and equality for the LGBT community, through humor, which he calls a “powerful weapon.” But perhaps more than his humor, it is the generous kindness imbued in Takei’s presence that has gone viral on the Internet.

The King of Facebook, King George if you will, spoke to Hyphen, and we listened.

I’ve been an activist and an advocate for various social causes through-out my life. I was involved in the civil rights movement and later redress for Japanese Americans for their internment, and I still am an advocate for equality for the LGBT community.

I’d been making the rounds of universities and corporate engagements speaking on all those subjects, but I thought these speeches are to people who are already either favorably disposed; I need to reach out to wider masses. My philosophy is that the vast majority of people are fair and decent people, but it’s just that they don’t think about the issues and challenges facing LGBT people.

Social networking is an amazing way to reach those who are open-minded but don’t think about the issues — truck drivers, assembly line workers, people who are good people, but busy raising a family and earning a living. These people use the Internet and I thought, why not seize that?

It all depends because I have a very irregular schedule. What we do is we build up a backlog and Brad [Takei’s husband] doles them out in dribs and drabs. And other times, I’ll spend a couple of hours and add to the stockpile. Other days, I might be on it eight, nine, 10 hours!

As a longtime activist, who also ran for Los Angeles city council in 1973, has social media become a more effective means of activism?
It has in that you can reach more people, but it also becomes a venue where the off-the-wall, hostile and sometimes crazy opponents can use it. Why do you think there hasn’t been an Asian American city council member in L.A. since Michael Woo, who served from 1985 to 1993?
Asian Americans are reluctant to throw themselves into the hurly-burly. Politics can get pretty ugly. Good people who have a capacity for leadership would prefer to do that in different arenas rather than the electoral arena, where it’s not just the candidate himself or herself but their families who also get roped into it.

I experienced that myself when I ran for city council. My father had been active in the Japanese American community when we came out of the [internment] camps, and while we were in the camps he represented the interests of the people of our block with the camp administration. But when I ran for city council, someone started a rumor saying that my father was a communist, which wounded him deeply. And this was anonymous, so how do you deal that kind of whispered attack?

I think Asian Americans prefer not to engage in that type of ugliness. They’ll [the opponents] use everything, when it comes to winning an election, and I think that’s why many Asian Americans are reluctant to throw themselves into the electoral arena. It is an absolutely necessary arena for us to be participants in, but it takes a thick skin and a strong constitution to be able to survive it.

Do you think that if you had been elected you would have continued with politics and maybe given up acting?
That’s an interesting, tantalizing question. Actually, when I didn’t win, I was kind of grateful because I did get my career back and the Star Trek movies were just starting up at that time. I would’ve been unavailable for that had I been elected to city council.

When did you realize that humor was an effective tool for activism?
It’s a powerful weapon. And that’s another way to be active in that ugly, fierce arena of politics and have a weapon that some people can’t use. [Laughs] And there are so many politicians or political wannabes who are so outrageous that it’s a piece of cake to lampoon them. You recently raised money for “Allegiance,” the first musical about the internment of Japanese Americans during the second World War, in which you star with Broadway actress and singer Lea Salonga. How is preparation for the world premiere going?
It’s very exciting. We open on September 19 in San Diego and close in October. And then we take it to the biggest and most important stage in American theater, Broadway!

This is going to be a historic production. I think it’s vitally important that we know about the chapters in our history where democracy faltered, perhaps more than the glorious chapters because those stories are well-known now.

You received over 91,000 likes when you asked your Facebook followers if you should do a one-man stand-up comedy night. Will it happen?
We’re very intrigued by it, but last year, I did Supah Ninjas [an action comedy series where Takei plays “Hologramps,” training a crew of teen ninjas] for Nickelodeon and that got picked up a for a second season and we have “Allegiance” August through October, so we don’t have much time to prepare for it. It’ll have to be in that window between the wrap on Supah Ninjas and when “Allegiance” opens on Broadway, but we do want to do it. I want the theme to be equality for the LGBT community, but as stand-up. I’ve tried some of the one-liners out at Star Trek conventions and they work!

“Allegiance” opens at The Old Globe theater in San Diego on September 19.  allegiancemusical.com 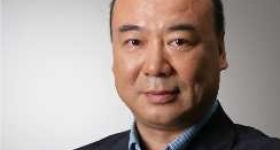 Anonymous wrote on Thu, 05/17/2012 - 7:37pm
I allowed my subscription to lapse but with George on the cover I had to renew immediately!